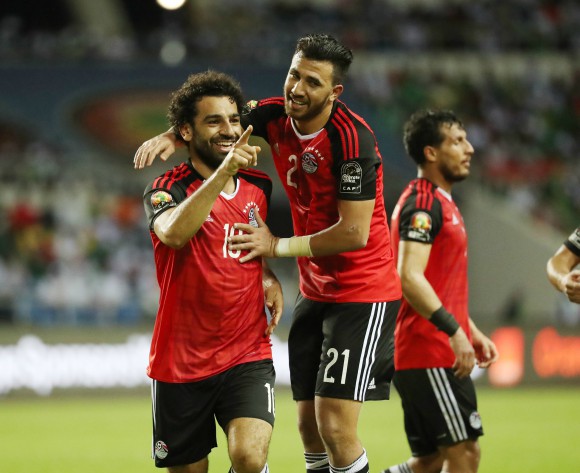 Despite their gutsy display, Uganda lost their fourth Group E, 2018 FIFA World Cup qualifier match 1-0 to Egypt on Tuesday at the Borg El-Arab Stadium in Alexandria.

However for the hosts, an early goal from Mohamed Salah gave the Pharaohs the full three points as they returned to winning ways and the top of Group E.

With both sides chasing an early goal, it was the hosts who were quick as Salah netted from a rebound in the sixth minute after goalkeeper Denis Onyango initially denied him from close range, 1-0.

In the 19th minute, Moses Basena's men started to come out of the blocks and nearly caught their hosts napping when a good cross from the right found Derrick Nsibambi, but his header went over Essam El-Hadary's cross bar from close range.

With three minutes to the half-hour mark, Onyango showed his class when he denied Gamal from a powerful header in the box and later blocked Raadan Sobhi's second attempt after a great delivery from Ahmed Fathi.

It was 1-0 in favour of Hector Cuper's men at half time.

Both sides were stable in defence after their return from the tunnel, but Salah tried a long range effort in the 58th minute but failed to hit the target.

The Cranes fought hard to grab an equaliser and almost grabbed one, but Nsibambi's effort from a header lacked power and was saved by El-Hadary in the 83rd minute.

In the dying stages of the contest, it was Onyango who denied the hosts the second goal from a number of attempts.

The win for Cuper's troops allows them to return to the top spot in Group E with nine points from four matches.