Algeria crash and burn at the hands of Zambia 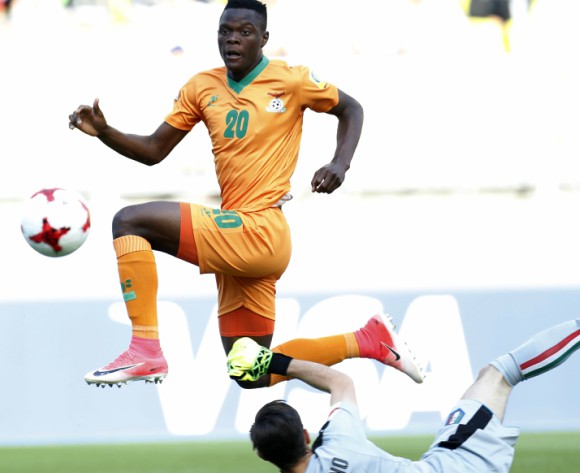 Algeria have crashed and burned at the hands of Zambia who beat them 1-0 in a Group B, 2018 FIFA World Cup qualifier at the Stade Mohamed-Hamlaoui in Constantine on Tuesday night.

The loss leaves Algeria rooted at the bottom of their World Cup qualifying group with one point to their name and unable to qualify for Russia.

The same can also be said for Cameroon who are third in Group B with three points following their 1-1 draw with Nigeria, on Monday.

The win for Zambia sees them keep up their pressure on Nigeria in Group B – the Southern African side has seven points, three behind leaders Nigeria.

Algeria controlled the flow of the game early on and should have taken the lead in the 16th minute, but Riyad Mahrez failed to score from a penalty sport.

Algeria suffered a further set-back in the 24th minute when goalkeeper Rais M'Bolhi had to leave the field injured and was replaced by Abdelkadir Salhi.

The disruption in the Algerian team allowed the hard fighting Zambians a chance to claw their way back into a match.

Zambia began seeing more of the ball and pressed forward in their aggressive attacking nature, but they could not find any goals before the half time break.

The visiting Southern Africans came out the tunnel a much better looking side and seemed ready to cause an upset in Constantine.

Algeria’s Youcef Attal looked to be struggling in the middle of the park and he was quickly replaced by Adam Ounas in the 54th minute.

Zambia responded directly to counter that substitution when Justin Shonga was replaced by Alex Ngonga on the hour mark.

After six minutes of being on the field, Zambian substitute Alex Ngonga turned provider as he played Patson Daka through on goal and he duly found the back of the net with a clinical finish, 1-0.

Algeria tried to rescue the match, but were unable to do so.