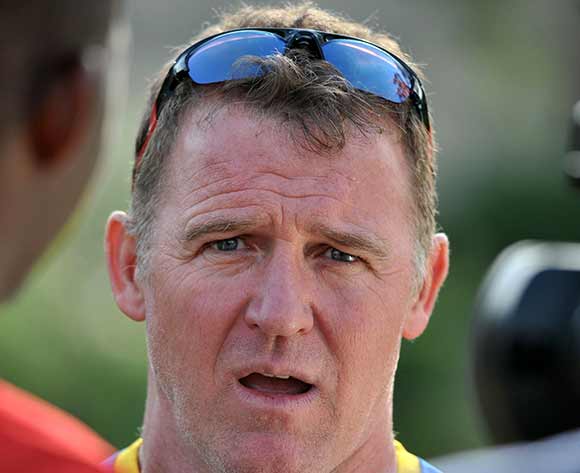 With reports mounting that Platinum Stars are set to part ways with coach Peter Butler, the club's general manager Senzo Mazingiza says they will issue a media statement.

Mazingiza spoke to AfricanFootball.com on Thursday about the coach's future as head of Dikwena's technical team.

The results have reportedly prompted the Phokeng-based club to press panic buttons as it was reported that the English manager could be axed and assistant coach, Milton Dlamini to take over the reins.

Although Mazingiza refused to commit regarding the news about Butler's situation at the club, he denied that they have released the coach.

“We have noted the reports about the club and the coach, to be honest we are concerned about the reports and we will issue a statement very soon,” Mazingiza told AfricanFootball.com.

“Look, the club has not started well and we are concerned about the results, but I cannot comment on the coach being sacked and all of that.

“We will use the correct channels to respond to the media via a statement. Our preparations are going well for our next league match [against SuperSport United].

“I cannot say the mood is high in the camp for now because I have been in meetings, but I will see the team today or tomorrow.”

Stars will visit United in their next league clash at Lucas Moripe Stadium on Tuesday, 12 September at 19:30 (CAT).