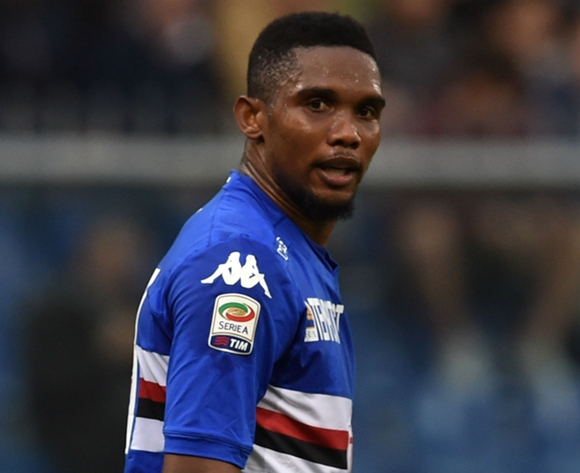 Former Cameroon captain Samuel Eto'o wants to leave Turkish Super Lig outfit Antalyaspor for a club which will recognize his true worth.

The 36-year-old forward, who joined Antalyaspor in 2015, has had a good spell with the club impressively scoring 38 goals in 62 league matches.

However, his agent Wilfried de Happi has revealed that the four-time African Player of the Year is eager to leave the Scorpions.

"I think the player has the right to be respected. We want to go to a club that recognises the player's true worth. He has shown he can still play at a high level, could take on one last challenge," de Happi told told footmercato.net.

"We have told the Antalyaspor president we want to leave. We got a contract extension offer that wasn't exceptional while we had other more significant offers from clubs, some of whom are playing in the Champions League or the Europa League.

"Having rejected quite a few offers before, notably from China, we were expecting a gesture from Antalyaspor for services rendered, particularly after the historic fifth-place finish in the league," he continued.

Eto'o, who has turned out for Spanish giants Real Madrid, FC Barcelona and English side Chelsea amongst other European clubs, has been linked with Turkish outfit Fenerbahce.

"Samuel is a professional. He has a contract and he'll respect it. If he has to play, he'll play. When a player isn't happy, he can't give 100 percent," the FIFA licensed agent stressed.

"Especially a player like Samuel, who has always been a great professional, needs to feel confident and feel wanted.

"He has always been a great defender of respect. But if the situation persists, he won't be able to play as he did in the previous season."