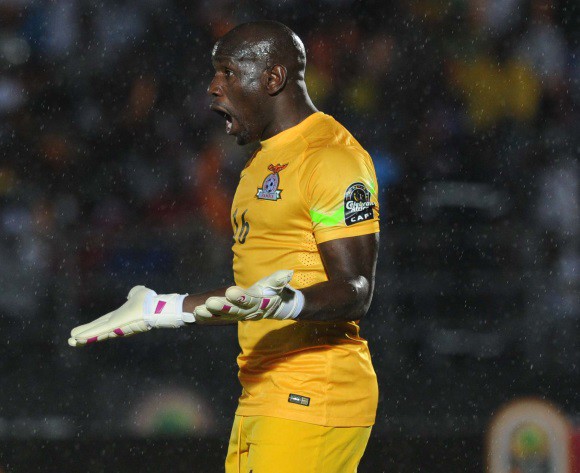 Zambian international goalkeeper and skipper, Kennedy Mweene has revealed how he saved Riyad Mahrez's penalty in their 2018 FIFA World Cup qualifier on Tuesday.

The Chipolopolo keeper was in fine form as they claimed their seconds win in a week over the Desert Foxes in Constantine.

ALGERIA CRASH AND BURN AT THE HANDS OF ZAMBIA

Speaking to a Zambian website, the Mamelodi Sundowns net minder revealed that he knew where the Leicester City player would place his spot kick after studying his weaknesses.

Mweene dived to his left and put out a powerful spot kick from the City's attacker after Fackson Kapumbu had conceded a penalty in the 15th minute.

“As a goalkeeper when you are going to play with a player like that you want to see their weaknesses as well,” Mweene told the Zambian Football website.

“I guessed right, I knew he was going that side that’s why I went full out in that direction.”

Meanwhile, Mahrez became the latest on Mweene's list of prominent players who have failed to convert against the 2012 Africa Cup of Nations winner including Asamoah Gyan, Didier Drogba, Gervinho and Kolo Toure. CLICK HERE TO VISIT AFRICAN FOOTBALL ZAMBIA