FIFA: South African FA not accused of any wrongdoing 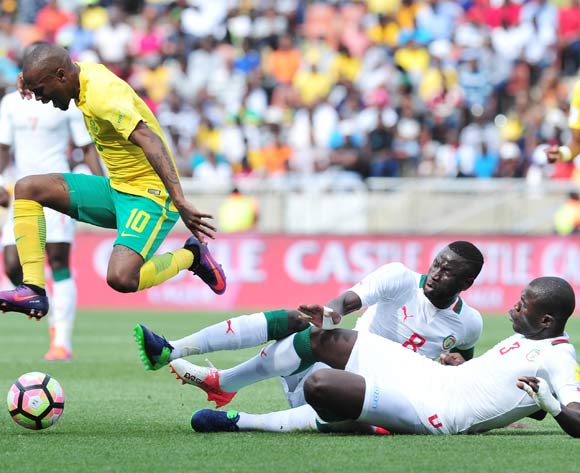 Despite ordering that the 2018 FIFA World qualifier between Senegal and South Africa be replayed, FIFA says SAFA was not at fault.

The world's football governing body ordered that the match, which was won 2-1 by Bafana Bafana, must be replayed in November 2017.

Although Bafana won the contest last year, the Senegalese Football Federation later reported Ghanaian referee, Joseph Lamptey to FIFA for his decisions in the game.

Lamptey awarded a penalty to the hosts and FIFA subsequently banned the whistleman for life after finding him guilty of match manipulation.

FIFA's deputy secretary general, Zvonimir Boban has since sent a letter to SAFA CEO Dennis Mumble, saying the South Africa football governing body is not accused of any wrongdoing.

“Further to yesterday’s communication of the decision passed by the Bureau for the FIFA World Cup Qualifiers, whereby the match between South African and Senegal shall be replayed in November 2017,” reads the letter.

“We thus herewith confirm that neither SAFA nor the FSF are accused of any wrongdoing. FIFA will make reference to this fact on FIFA.com.

“Moreover, please be informed that we acknowledge SAFA’s claim for “cost relief” for the cancelled match of 12 November 2016, and we would kindly request that you provide details on any incurred expenses not offset against revenues obtained for such match for review.

“We trust that this clarification is of assistance and we thank sincerely SAFA for its much appreciated cooperation and support in implementing the decision.”