Gavin Hunt: Time for our big players to step up 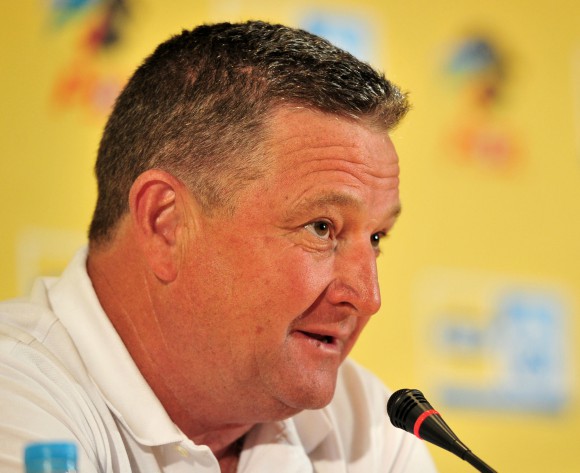 Wits, the reigning MTN8 champs, are looking to overturn a 1-0 deficit after losing the first leg in Cape Town last month.

The Clever Boys, who also won the Absa Premiership title last season, have had a tough start to the 2017/18 campaign, with teams looking to claim their scalp.

“Any game we play teams will want to [try and outplay us]… I mean, we played Golden Arrows and they were unbelievable, Free State Stars were like men possessed,” Hunt said at the club’s media day earlier in the week.

“That’s what we’re going to get. When you play against a team that has won the league, people will have extra motivation.

“But once we start settling in, and we start playing two to three games a week, I think we’ll see a lot of things happening. Then teams can’t keep that intensity up every game.”

Hunt added that he welcomes the new demands on his team and hopes to see a response from them, starting with today’s match.

“There’s definitely [added pressure on us], it’s always like that and so it should be. You want that pressure, don’t you? We want that,” he added.

“We’ve got big players who can handle the situation, it’s a matter of the big players stepping up a little more and that’s pretty much what it’s about."

The Wits v City match at Bidvest Stadium will kick-off at 15h00 CAT.