Ghana steal victory at the death 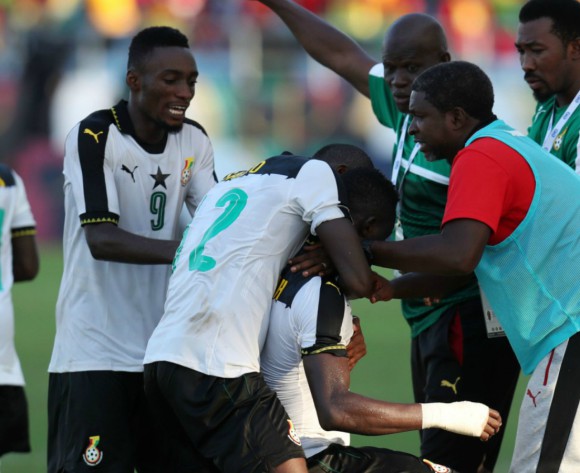 A 99th minute penalty from Vincent Adaeh Antigah handed Ghana a 1-0 win over Gambia in the opening match of the 2017 WAFU Cup of Nations at the Cape Coast Sports Stadium on Saturday, September 9.

Ghana started the better of the two teams on the day and controlled the flow of play for the most part in the opening half.

The Black Stars thought they had taken the lead in the fifth minute when Kwame Kizito found the back of the net, but his goal was not given after being adjudged to have fouled a Gambian defender in the process.

The Black Stars suffered a bit of a set-back in the eighth minute when centre-back Nuhu Musah had to leave the field injured and was replaced by Vincent Adae Atingah.

Ghana had a chance to take the lead in the 20th minute when a goalmouth scramble inside the box fell to Addoquye Emmenuel Lomotey, but he volleyed wide from 16-yards out.

The best chance of the half fell to Kwame Kizito in the 38th minute when he met a low cross from the right by Amos Frimpong, but the striker fired over the target from close range.

A minute later Felix Addo used his impressive skill to break through the Gambian defence, but shot wide from just inside the box with only the keeper to beat.

The second half continued with the same pattern as Ghana dictated terms and almost scored six minutes after the restart, but Sameul Sarfo’s stinging shot from distance skimmed the wrong side of the post.

In the 62nd minute the Black Stars came bitterly close to taking the lead once again, but were left disappointed when a 25-yard free-kick from Isaac Twum struck the crossbar.

Gambia offered very little in attack throughout the game, but came close to scoring in the 81st minute when Omar Jobe broke into the box from the right, but saw his powerful 16-yard shot well-saved by the Ghanaian keeper.

Ghana threw men forward in the final ten minutes and were awarded a chance to win the game in the 95th minute when the referee adjudged Gambian Matarr Ceesay to have handled the ball inside the box.

Vincent Adaeh Antigah stepped-up and made no mistake from the penalty-spot to hand Ghana a 1-0 win on the day.