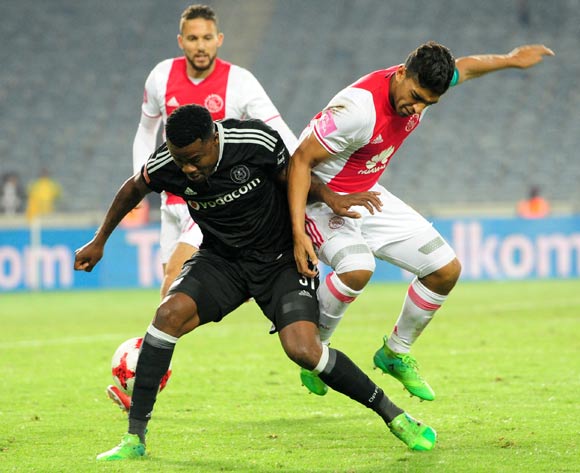 Orlando Pirates will look to build on their solid start to the Absa Premiership season when they host Ajax Cape Town at Orlando Stadium on 12 September 2017, kick-off at 19h30.

Pirates have claimed four points from their opening two matches of the league campaign, with a 1-0 home win over Chippa United followed by a 1-1 draw away to Baroka just before the international break.

Coach Milutin Sredojevic hasn’t got the Buccaneers to ‘click’ quite as he would like, but already the Soweto giants look a far more formidable team than at any point in their disastrous 2016/17 campaign which ended with then finishing outside the top eight for the first time in PSL history.

Ajax have endured a difficult start to the season, opening with a 1-1 draw at home to Golden Arrows before slumping to a 2-0 defeat away to log leaders Maritzburg United.

The international break may have come as a relief for coach Stanley Menzo as he looks to get his side back on track. The Urban Warriors will target a quick return to winning form, but will have to up their game from the defeat to the Team of Choice last month.

In head-to-head stats, Pirates and Ajax have clashed in 36 league matches since 1999/2000. The Soweto side has generally dominated the rivalry, claiming 20 wins and suffering just six defeats in the teams’ rivalry. That is reflected in the Buccaneers’ home record against the Urban Warriors: 13 wins and just two defeats from 18 matches hosted.

Last season Pirates took four points off Ajax: they won 2-1 in Cape Town thanks to a brace from Tendai Ndoro (who had a stunning run of goal scoring form early in the campaign), while the return game in Soweto ended in a goalless stalemate. The results extended Bucs’ unbeaten record against the Warriors to 12 league matches, with the Cape side’s last win in the rivalry arriving in the second half of the 2010/11 season.