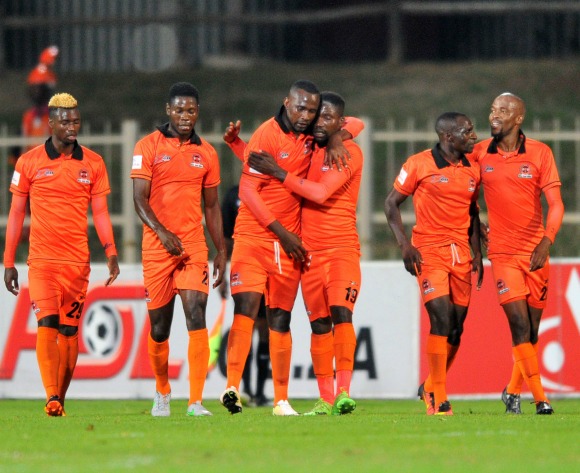 Thapelo Tshilo of Polokwane City celebrates his goal with teammates

Polokwane have claimed four points from their first two matches of the campaign, with a 1-1 draw at home to provincial rivals Baroka FC followed by an impressive 2-1 away win over giants Mamelodi Sundowns - former Brazilians man Rodney Ramagalela scored a brace of goals.

Rise and Shine would have been disappointed to see their momentum disrupted by the international break, but a home clash to restart their campaign is a welcome challenge and coach Bernard Molekwa will be targeting all three points.

Celtic have had a steady if unspectacular start to the 2017/18 season, playing to successive 1-1 draws against Kaizer Chiefs (home) and Golden Arrows (away). The Free State side will want to bring up their first win as soon as possible, to ease any fears of a tough campaign.

Phunya Sele Sele coach Veselin Jelusic has yet to get the best out of his new side and will hope that a reset after the international break and the challenge of facing a feisty Polokwane brings a new level performance out of the men in green and white hoops.

In head-to-head stats, Polokwane and Celtic have met in eight league matches since 2013/14. The Bloemfontein team has claimed four wins compared to two for their Limpopo counterparts, while two matches have ended in draws. Rise and Shine have a mixed record at home to Phunya Sele Sele with two wins and two losses from four matches as hosts.

Last season Celtic took four points off City, first playing to a goalless draw in Bloemfontein in the first half of the campaign, before claiming a 1-0 away win in Polokwane in the return - Lyle Lakay (now with Cape Town City) scored the goal in what proved to be Phunya Sele Sele’s last win of 2016/17.