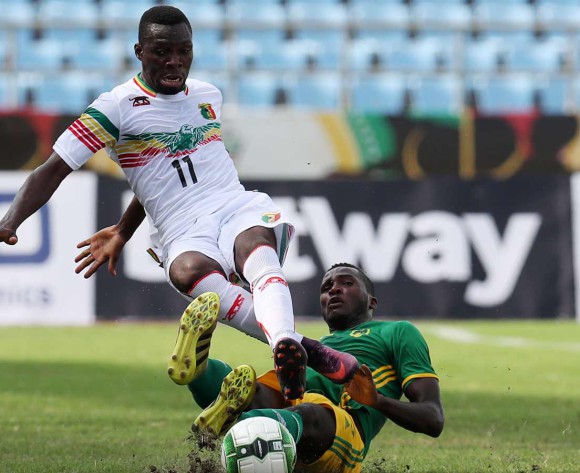 A brace from Moussa Kone in the dying stages of the match handed Mali a 3-1 win over Mauritania in a Last 16 match at the 2017 WAFU Cup of Nations at the Cape Coast Sports Stadium on Monday, September 11.

Mali started the better of the two teams and almost took the lead as early as the seventh minute, but Amara Malle saw his stinging volley from the edge of the box brilliantly saved by the Mauritania keeper.

The Eagles continued to push forward and were rewarded for their efforts on the half hour with the game’s first goal.

Mandala Konte opened the scoring after latching onto a 20-yard shot from Mohamed Traore which bounced off the crossbar and into his path – and he made no mistake as he tapped the ball over the line from close range, 1-0.

Mauritania , though, were not going to go down without a fight and hit-back six minutes later when a corner was headed into the path of Samba Cheikh who volleyed home with clinical precision from six-yards out, 1-1.

Mali finished the half the stronger side and almost re-took the lead in the dying seconds of the stanza when a 22-yard thunderbolt from Oumar Kida skimmed the wrong side of the upright.

Five minutes into the second half Moussa Kone should have scored the Eagles second goal when Mandala Konte slipped him through on goal, but he fired wide from six-yards out with just the keeper to beat.

They game fell into a bit of a lull after that with neither side really able to muster any decent goal scoring chances and the match looked to be heading for the dreaded penalty shoot-out.

That was until Moussa Kone stepped up for Mali and handed them victory with two goals in three minutes in the dying stages of the match.

First, in the 88th minute Kone pounced on a loose ball inside the Mauritania box following a goalmouth scramble and fired home from close range, 2-1.

The cherry on top was his second goal and his country’s third in the 91st minute when he broke behind the defence and made no mistake with just the keeper to beat, 3-1.