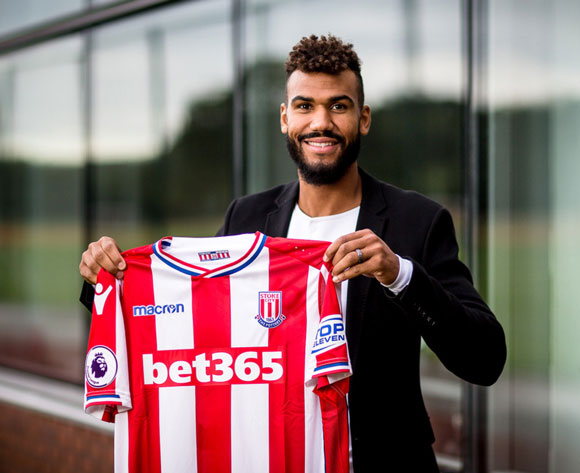 The striker netted twice for City as they drew 2-2 with Manchester United in an English Premier League (EPL) match at the bet365 Stadium on Saturday.

Hughes hailed the 27-year-old marksman's impact as he opened his scoring account at City having joined the club from German side Schalke 04 last month.

“Maxim has been absolutely fantastic since the moment he arrived here,” the Welshman told the club's official website.

“You always hope that when you bring new players in that they will hit the ground running, and I have to say that since he has walked through the door he has impacted the games he has been involved in.

“He is a great guy as well, he has fitted in really well and has integrated with the rest of the group almost immediately," he continued.

“Scoring two goals against Manchester United will undoubtedly help him - he is in a great place at the moment, and rightly so, he is making a real contribution.”

Hughes stated that it could have been an entirely different evening for Choupo-Moting however, had the club acted on medical advice rather than the player’s own intuition.

“He has some damage to his hamstring, and that showed up on the scan, but sometimes it is better to take notice of the player rather than looking at the scans,” he added.

“For the most part you will always find a little bit of damage in footballers scans, but we took him by his word, he said he was ready to go and he proved that he was - he was exceptional.”