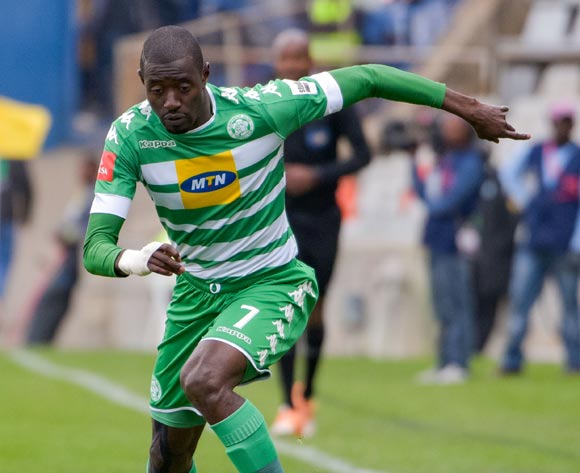 Rodney Ramagalela's goal was not enough for Polokwane City as they lost their Absa Premiership game 2-1 against Bloemfontein Celtic on Tuesday night at the Old Peter Mokaba Stadium.

The defeat leaves coach Bernard Molekwa's troops sitting at number eight with four points from one win and a single draw.

Meanwhile, for the visiting Phuya Sele Sele, a brace through Ndumiso Mabena ensured they bagged their first win in the league.

The two outfits started to attack with high intensity and Celtic managed to get forward, but the shot went wide of goalkeeper George Chigova's posts in the fourth minute.

However, three minutes later, Mabena found the back of the net as he sneaked in behind the hosts’ defence to beat Chigova.

With the hosts looking for an equaliser, they pressed Siwelele and tested keeper Patrick Tignyemb, who was equal to the task and collected the effort after the 17th minute.

In the 28th minute, Ramagalela was not to be denied as he found an equaliser as both sides were battling for possession and the forward used his pace to bypass Celtic's defence and beat Tignyemb with a quality finish.

Despite their efforts to penetrate the hosts’ defence, coach Veselin Jelusic's men were not clinical upfront as both were deadlocked at 1-1 at half time.

Upon their return from the tunnel, the two sides did not have a bright start, but Bernard Molekwa's men fired a shot which went straight to Tignyemb, who collected with ease.

The last 20 minutes of the match saw skipper Jabulani Maluleke dishing out the passes in the heart of the park for Ramagalela, but Celtic were solid at the back.

However, the visitors managed to regain their lead when Mabena completed his brace in the 72nd minute after a loose ball fell for him in the box.

In the wake of the win, Celtic now have five points after two draws and one win as they sit at the seventh spot on the log table.