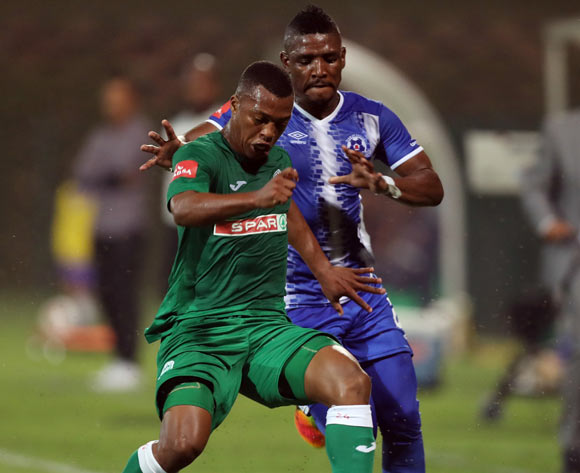 AmaZulu and Maritzburg United drew 1-1 in an Absa Premiership match at the King Zwelithini Stadium on Tuesday.

Usuthu remain eighth on the league standings, while the Team of Choice also remain at the top of the table following a draw in the KwaZulu-Natal Derby.

AmaZulu shot-stopper Boalefa Pule was the busier of the two goalkeepers in the first-half as Maritzburg pressed the hosts.

The former South Africa youth international produced a brilliant save to deny Pogiso Sanoka, who nearly scored in the 12th minute.

Mohau Mokate, the Maritzburg striker, had a chance to hand his side the lead with the half-hour mark approaching.

However, a last ditch tackle denied him as Usuthu continued to contain the Team of Choice, who were looking for their third successive league win.

The score was 0-0 at the interval after AmaZulu captain Tapelo Nyongo and his troops stood firm at the back in the first-half.

Usuthu played much better in the second-half, but the hosts found it difficult to penetrate the Team of Choice defence.

However, it was the visitors, who took lead through Mohau Mokate, who netted to make it 1-0 to Maritzburg in the 79th minute.

Usuthu never lost hope in the closing stages of the match as they launched late attacks in search of an equalizing goal.

Cele proved to be AmaZulu's hero as he netted with a good header in the 88th minute and the match ended in a 1-1 draw.