Jurgen Klopp: Appealing Mane’s ban was a waste of time 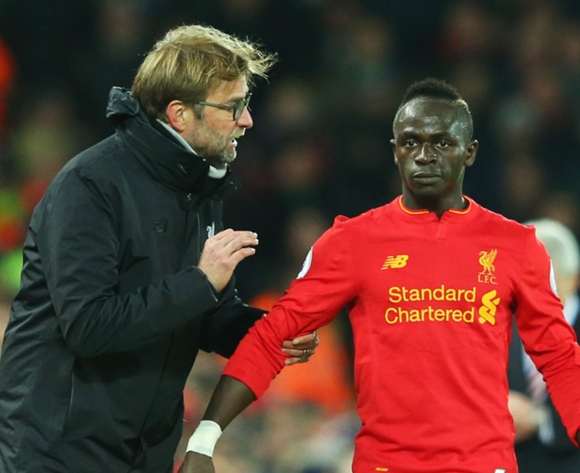 Appealing against Sadio Mane’s three-match ban was a ‘waste of time’, according to Liverpool manager Jurgen Klopp.

The Senegal striker was given a straight red card this past weekend for a collision in which his right foot caught Manchester City goalkeeper Ederson in the face.

The Reds appealed against the length of the mandatory ban - three matches - but their pleas were rejected by the FA.

Mane is available for Liverpool’s UEFA Champions League clash against Sevilla tonight, but will miss their next three domestic matches: Premier League fixtures against Burnley and Leicester City, as well as an EFL Cup tie against the latter.

“I didn’t expect something different,” said the Liverpool manager. “It was really our duty to appeal. But it was a waste of time obviously.

“Our appeal was right because I could say if we would appealed the red card but we didn’t.

“We only appealed the length of the suspension. I never thought it would happen but only because I am used to it to things like this. There were a lot of situations which were similar.

“All the other players were lucky only Sadio was not lucky. And obviously Ederson was not lucky. It looks really awful and he was also lucky nothing more serious happened.”

The German manager emphasised that Mane did not deliberately set out to injure Ederson and felt he should have had a reduction on the ban.

“There was not even a percentage of Sadio which wanted to put the goalkeeper in danger. He wanted to get the ball and it’s important he does that in the next few games,” said Klopp.

“We cannot change this and it’s a sport where this happens. It’s like it is. I don’t blame the ref for the decision. If I saw the boy bleeding I would have made the same decision.

“But one game less would have been right, two and a half, not three and half.”