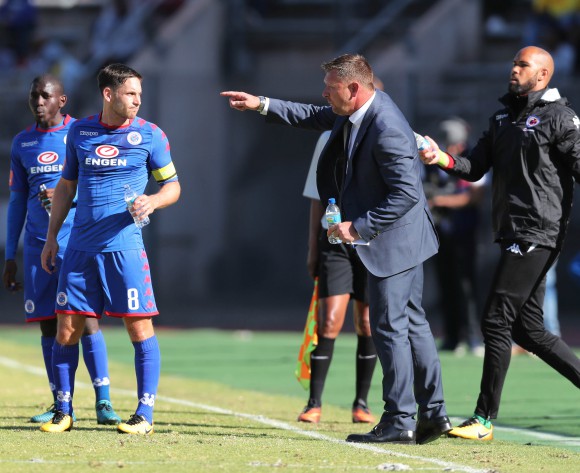 As SuperSport United are chasing a CAF Confederation Cup semi-final spot, coach Eric Tinkler says he is happy to be back in continental competitions.

The former Bafana Bafana midfielder previously led Orlando Pirates to the final of the same competition in 2015 as they lost to Tunisia's Etoile Sportive du Sahel.

However, this time, the former Cape Town City manager will lead the Tshwane side against Zambia's Zesco United in the quarter-final, first leg on Friday.

Yet to make a reasonable impact on the continental scene, Amatsantsantsa will want to emulate their cross-town rivals and current African champions, Mamelodi Sundowns and win the coveted trophy.

“I am happy to be back in CAF Competitions. I am one person who has always believed that South African clubs need to participate and do well in such competitions,” said to CAF website.

“We are at a stage of the competition where all teams are good and whatever weakness we have seen might be corrected come Friday.

“Yes, we have studied how they play but we also need to be on our A-game. We have identified a number of good players that are dangerous in offensive play.

“They are also very versatile in their formation which makes it slightly challenging to plan against them but we will be ready.”

The first-leg. quarter-final clash will be staged on Friday evening at the Lucas Moripe Stadium in Pretoria and the return leg will be hosted seven days later at the Levy Mwanawasa Stadium in Ndola.