FIFA will pay SAFA R5 million for the Senegal match 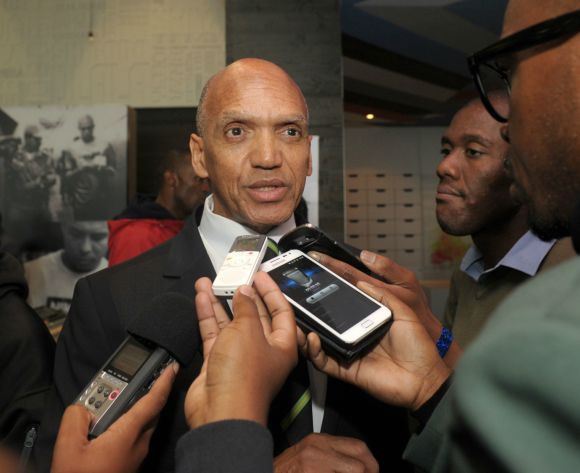 The staggering amount is set to compensate the bill for the encounter which was played in November last year in Polokwane.

SAFA approached FIFA after it was ordered to replay the counter in November this year where it was discovered that referee Joseph Lamptey manipulated the outcome of the match.

The Ghanaian referee awarded a penalty as Bafana Bafana clinched a 2-1 win over the Lions of Teranga, but was banned for life by the Switzerland-based organisation.

However, Mumble has revealed that FIFA has vowed to pick up the bill for the match, with the costs set to escalate beyond the minimum R5 million cap.

“FIFA have confirmed to us that they will pick up the tab of that match that was played on November 12‚ 2016‚ “ Mumble said to TimesLive.

“They realise that we were not at fault and these are wasted costs for us. FIFA have confirmed that they will pay.

“For any international match‚ it depends on the venue and the location‚ but it’s a minimum of R5 million that we spend to put a single Bafana Bafana match together.

“It involves the stadium hire‚ it involves transportation‚ the further out the match goes from Johannesburg we must fly out even the visiting team to that destination.”

Mumble also explained that according to the rules‚ visiting teams are responsible for flying themselves to Johannesburg, but if the match is in another province‚ then SAFA picks up the difference.