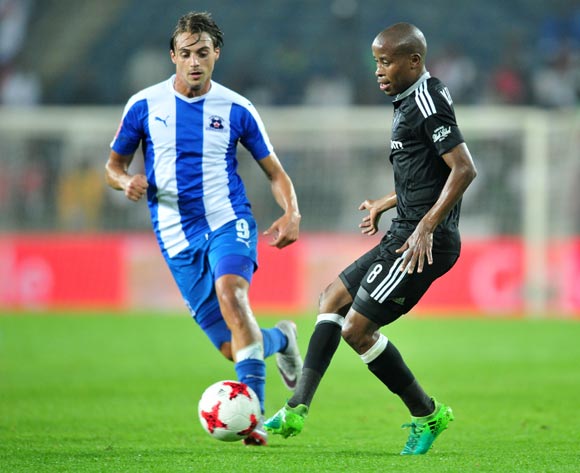 Maritzburg United and Orlando Pirates will put their unbeaten records in the Absa Premiership on the line when they meet at Harry Gwala Stadium on 15 September 2017, kick-off at 20h00.

Maritzburg played to their first draw of the league season when they were held 1-1 at provincial rivals KwaZulu-Natal on September 12. Mohau Mokate put them on course for a third successive win, but they conceded a late equaliser to drop points for the first time in 2017/18.

The Team of Choice will hope that they can repeat the form they showed in their last home league match, a 2-0 win over Ajax Cape Town before the international break in which striker Evans Rusike netted a fine brace of goals.

Pirates come into the clash having claimed a 1-0 home win over Ajax on September 12. Bernard Morrison scored the only goal of the game to see the Soweto giants continue their solid if unspectacular start to the campaign under new coach Milutin Sredojevic.

The Buccaneers’ only away game so far this season was a 1-1 draw at Baroka FC last month in which they conceded a second-half equaliser after Thabo Qalinge’s opener.

In head-to-head stats, Maritzburg and Pirates have met in 22 league matches since 2005/06. The Buccaneers have claimed 11 wins compared to six for the Team of Choice, while five matches have been drawn. Maritzburg have a respectable record at home to Pirates, with four wins and five losses from 11 turns as hosts.

Last season each side won their home match against the other: the Team of Choice triumphed 2-1 in Pietermaritzburg in the first half of the campaign thanks to goals from Bevan Fransman and Brian Onyango, while the return game went 2-0 in favour of the Buccaneers thanks to strikes from Ayanda Gcaba and Dove Wome.