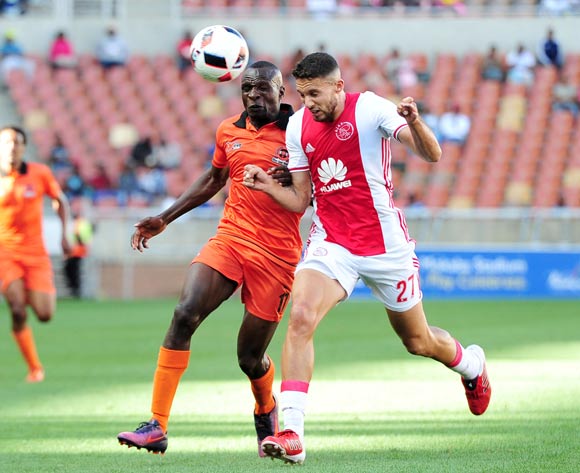 Ajax Cape Town will be desperate for their first Absa Premiership win this season when they host Polokwane City at Cape Town Stadium on 15 September 2017, kick-off at 20h00.

Ajax have gone three league matches without a victory after they were beaten 1-0 at Orlando Pirates on September 12. It was a second successive loss for the Cape side, having gone down 2-0 at Maritzburg United prior to the international break.

The Urban Warriors and coach Stanley Menzo are under pressure to break their drought and ensure they don’t end up in a relegation dog-fight through the season. Their one previous home match this term was a 1-1 draw with Golden Arrows in the opening round.

Polokwane also come into the game having been beaten in midweek: they went down 2-1 at home to Bloemfontein Celtic. Even the continuing form of striker Rodney Ramagalela wasn’t enough to see the Limpopo side avoid their first loss.

Rise and Shine will hope that being on the road inspires a similar performance to their last away match: a fine 2-1 win over African champions Mamelodi Sundowns last month in which a Ramagalela brace secured all three points.

In head-to-head stats, Ajax and Polokwane have met in eight league matches since 2013/14. The Urban Warriors have dominated the rivalry, claiming four wins and suffering just one defeat. At home, the Cape side is unbeaten against their Polokwane counterparts, with two wins and two draws from four matches.

Last season the teams shared the spoils in both league encounters, drawing 1-1 in Cape Town and Polokwane. Rise and Shine have not beaten the Urban Warriors since the teams’ first meeting back in 2013.