Chiefs out to add more woe to the champions 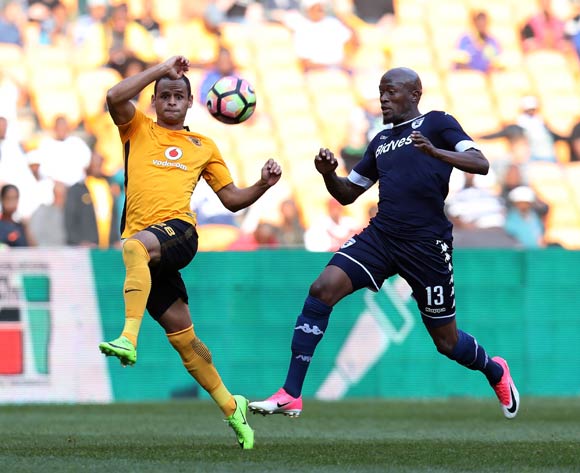 Gustavo Paez of Kaizer Chiefs challenged by Sifiso Hlanti of Bidvest Wits during the Absa Premiership 2016/17 match between Kaizer Chiefs and Bidvest Wits at the FNB Stadium, Johannesburg South Africa on 27 May 2017 ©Muzi Ntombela/BackpagePix

Kaizer Chiefs will look to add to the early-season woes of Absa Premiership champions Bidvest Wits when the teams meet at FNB Stadium on 16 September 2017, kick-off at 18h00.

Chiefs eased the pressure on coach Steve Komphela by defeating Cape Town City 2-0 away from home on September 13. The Soweto giants claimed their first three-pointer of the season thanks to goals from Siphiwe Tshabalala and Wiseman Meyiwa.

The Amakhosi’s only home league clash this season ended in a 2-1 defeat at the hands of SuperSport United last month and they will be eager to ensure that result proves the exception rather than the rule for their matches at ‘Soccer City’.

Wits suffered a second defeat in the space of three league matches when they were beaten 3-1 at home by Golden Arrows on September 13. The Johannesburg side saw a league debut goal for Egyptian striker Amr Gamal but still succumbed to an Abafana Bes’thende which had more power, speed and hunger for the three points.

The Clever Boys’ only away league match so far in this campaign was a 2-2 draw at Free State Stars prior to the international break. Coach Gavin Hunt will be hoping for a far more resilient defensive performance from his team when they head to Soweto.

In head-to-head stats, Chiefs and Wits have met in 62 league matches since 1985. The Amakhosi have claimed 31 wins compared to 12 for the Clever Boys, while 19 matches have been drawn. Chiefs have won 13 of their 30 home matches against Wits, suffering nine defeats in the process.

The teams each claimed a home win against the other last season: the Clever Boys won 2-1 in Johannesburg in the first half of the campaign thanks to goals from Elias Pelembe and Thulani Hlatshwayo, while the Amakhosi claimed revenge in Soweto on the final day of the 2016/17 league championship with a 1-0 triumph, courtesy of Gustavo Paez.