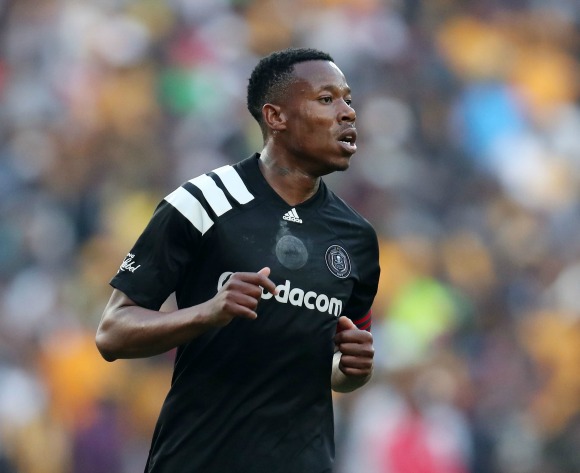 Maritzburg United held Orlando Pirates to a goalless draw in an Absa Premiership match at the Harry Gwala Stadium on Friday.

The draw left Maritzburg and Pirates placed on position one and two respectively on the league standings.

The first-half was dominated by Maritzburg and Pirates goal-minder Wayne Sandilands was the busier of the two goakeepers.

The former Mamelodi Sundowns keeper produced a decent save to deny Bandile Shandu, who was looking to score with a chip in the 26th minute.

The Team of Choice continued to push for the opening goal of the match and in the 28th minute, Evans Rusike tried his luck from range.

However, Sandilands was once again equal to task as he made a good save to deny the Zimbabwean international.

Pirates pushed for a late goal towards the end of the first-half, but they could not beat Maritzburg keeper Richard Ofori and his defence.

The score was 0-0 during the half-time break following a first-half which was dominated by Maritzburg.

Pirates coach Milutin Sredojevic made his first change 13 minutes after the restart as the visitors looked to gain full controll of the match.

The second-half was dominated by the Buccaneers as they pressed the Team of Choice in search of the opening goal.

Maritzburg midfielder Siphesihle Ndlovu was sent off in the closing stages of the match after receiving his second yellow card.

However, Pirates were able to take advantage of their numerical advantage and the match ended in a goalless draw.