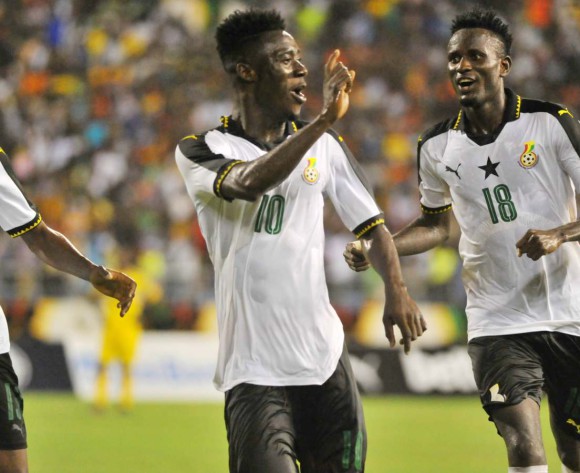 A solitary goal from Winnful Cobbinah handed Ghana a 1-0 win over Mali in a Group A match at the Cape Coast Sports Stadium on Saturday, September 16 to book the Black Stars a spot in the semifinals of the 2017 WAFU Cup of Nations.

The first shot on goal came in the fifth minute when Mali’s Oumar Kida let fly from long range, but his stinging effort was well-saved by the Black Stars keeper.

Ghana controlled the flow of the game after that and bossed matters from the middle of the park, but their decision making in the final third proved poor and consequently chances on goal were few.

In fact, the Black Stars only had one attempt on goal in the opening half despite having almost 70 percent of the possession – that shot coming in the 17th minute courtesy of a strike from Emmanuel Lomotey, but his effort was a tame one and easily saved.

Mali offered virtually nothing in attack and didn’t threaten the Ghana goal besides from the first attempt on goal.

Both teams entered the half time tunnel a little despondent with the game locked at 0-0.

Mali should really have taken the lead ten minutes into the second half when a cross from the right was spilled by the Ghanaian keeper into the path of Oumar Kida, but he fired wide from 18-yards out with an empty net gapping.

Ghana took charge of the game once again after that and finally made their pressure tell in the 74th minute after a spectacular 22-yard strike from Winnful Cobbinah found the back of the net, 1-0.

Mali tried to find their way back into the game, but were unable to break down a well-organised Black Stars defence as the match ended 1-0.

The result means Ghana are at the top of Group A with six points and have confirmed their spot in the semifinals of the competition.

Nigeria are second in Group A on two points following their goalless draw with Guinea earlier in the day.

Mali and Guinea are third and fourth on the standings with one point to their names and will have to win their last group game on Monday, September 18 to stay in the tournament.