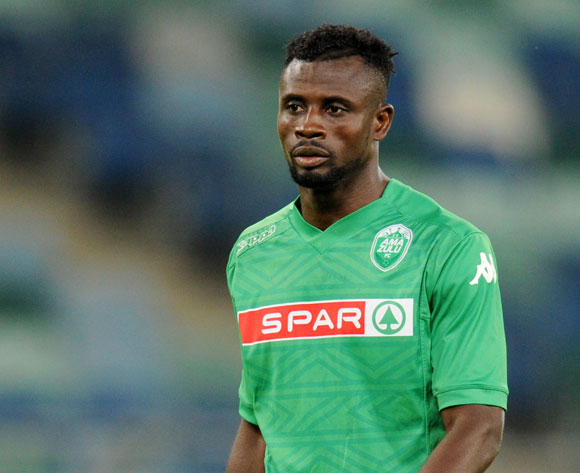 A solitary goal by Sedat Ouro-Akoriko was not enough for AmaZulu as they lost 4-1 to Golden Arrows on Sunday afternoon at Princess Magogo Stadium in the Absa Premiership.

The defeat leaves the Premiership returnees occupying 13th spot on the log table with four points from as many matches.

On the other hand, the hosts found the back of the net through Lerato Lamola, Siphelele Magubane, Kudakwashe Mahachi, and Knox Mutizwa to claim the KwaZulu-Natal bragging rights.

The KZN Derby saw both sides exchanging possession in the opening 10 minutes as they probed for an early goal.

However in the 11th minute, coach Clinton Larsen's men gained possession and made their way into the box, yet Wayde Jooste's attempt went over the bar not troubling Usuthu's Boalefa Pule.

Eight minutes later, the hosts made it 1-0 through Lamola as he capitalised on a defensive error between keeper Pule and his defence.

With coach Cavin Johnson's men pushing to get an equaliser with a brilliant build-up from the back, Mhlengi Cele's effort was tipped over the crossbar for a corner by keeper, Nkosingiphile Gumede.

In the 33rd minute,Usuthu were awarded a set piece and Ovidy Karuru delivered to the far post allowing Ouro-Akoriko to find the back of the net to make it it 1-1 with a beautiful header.

With both sides level at half time, their return from the tunnel saw Rhulani Manzini attempting a long range effort from a set-piece, but the forward failed to hit the target in the 51st minute.

The hosts fought back on the left wing as Magubane cut through down to the right - beating two defenders - before unleashing a low shot that beat Pule in the 56th minute, 2-1 to Arrows.

Usuthu introduced Mabhudi Khenyeza heading in the final 15 minutes, as they intensified their attack and pushed Gumede to produce a fine save, and Manzini also hit the woodwork.

But in the end it was Arrows who were sharp upfront as Mahachi made it 3-1 as he picked up the ball on the far side of the pitch before beating Pule.

Right in the dying minutes of the contest, substitute Mutizwa received a ball from Lamola who made a wonderful run down the left flank into the box, allowing the Zimbabwean to easily slot it home to make it 4-1 as they dispatched Usuthu.