Jelusic: I had opportunity to leave Botswana for SA club 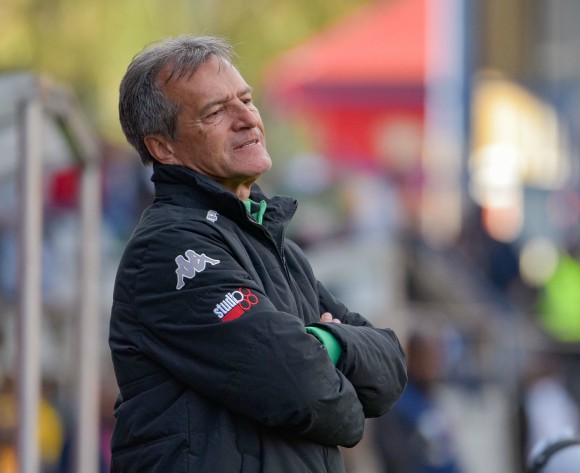 The Serbian tactician opened up when speaking to KickOff.com about his experiences in the African continent and his relationship with his countryman Milutin ‘Micho’ Sredojević.

KickOff: You spent a long time in Botswana and some time in Johannesburg before, so you must have good knowledge of the football scene in South Africa?

Jelusic: I was around South Africa a lot when I was working in Botswana but I left in 2010. The last two years I have been in Angola at InterClube. For the 2015 season I was the head coach and last year I served as technical director. I feel comfortable about my knowledge of South African football because of the experience I picked up when I was coach of teams in Angola and Botswana because we used to come to South Africa often. Sometimes it was for friendly games and training camps and sometimes for official games.

KO: You will be aware of the goal drought at Celtic last season. How are you going to fix it and what do you want to achieve with the club this season?

Of course, we would like to achieve better results than we did last season. I can see what the biggest problem is. More than anything, it is in the final third of the field close to the opponent’s goal and our scoring ability. So we are going to work hard on this department but it also depends on the quality and characteristics of the players we have. It also depends on our method of working, but we certainly need to work hard on this part of our game.

KO: Are you happy with the quality of the Celtic squad, or are you asking for some new players before the season kicks off?

I’m happy in general with the players I have here but of course there are positions we need to strengthen and we are looking for players.

KO: How did Celtic find you?

I was recommended to them. I was looking for some new options and had some other chances in other countries. But my good friend [Orlando Pirates coach Milutin] Sredojević encouraged me to take up the challenge at Celtic because he said this is a club of great potential. I had opportunities before to coach here but because I was contracted to Botswana I didn’t want let them down. I got a lot of support from people in Botswana and I stayed there until the end of my contract when I went back to my country because of family issues.

KO: What do you think of the Premier Soccer League?

It is a quality league and has seen a lot of improvement in recent years. So many facets of the South African game are well developed, like infrastructure, organisation, media support and so on. I’m sure it is just a matter of time before South Africa starts to achieve better results in international competition than they have done up to now.

KO: Has the club set you a target for the season?

At this moment I don’t have any pressure from the club, from anybody. Our general target is to improve as much as possible and with his approach I believe we can go far.