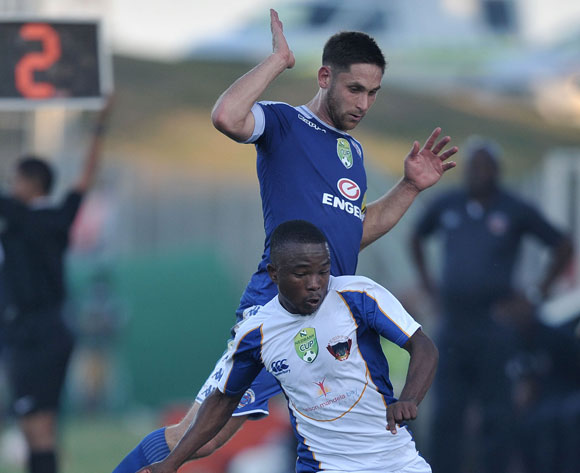 SuperSport United will chase a hat-trick of Absa Premiership victories when they face Chippa United at the Lucas Moripe Stadium on 19 September 2017, kick-off at 19h30.

SuperSport claimed a second league victory in a row last midweek when late goals from Sifiso Myeni and Jeremy Brockie took them to a 2-0 home triumph over Platinum Stars. The Tshwane team has truly put their opening day defeat against derby rivals Mamelodi Sundowns well behind them.

Coach Eric Tinkler’s side may have one eye on the return leg of their CAF Confederation Cup tie against Zesco United of Zambia this coming weekend, but one wouldn’t bet against them racking up a third successive three-pointer in this match.

Chippa come into the clash on the back of a goalless draw away to Platinum Stars on September 16. It may not have been the most inspiring result or performance from the Eastern Cape side, but after the loss of Dan Malesela and the appointment of Teboho Moloi as caretaker coach, the Chilli Boys needed to go back to basics.

In head-to-head stats, SuperSport and Chippa have met in eight league matches since 2012/13. Matsatsantsa have claimed four wins compared to just one for the Chilli Boys, while three matches have finished in draws. The Tshwane side boasts an unbeaten home record against their Eastern Cape opponents, with two wins and two draws from four matches.

However, Chippa took four points off SuperSport last season, playing to a goalless draw in Tshwane in the first half of the campaign, before claiming a vital 3-0 home win - courtesy of a hat-trick from Rhulani Manzini - in the return game.