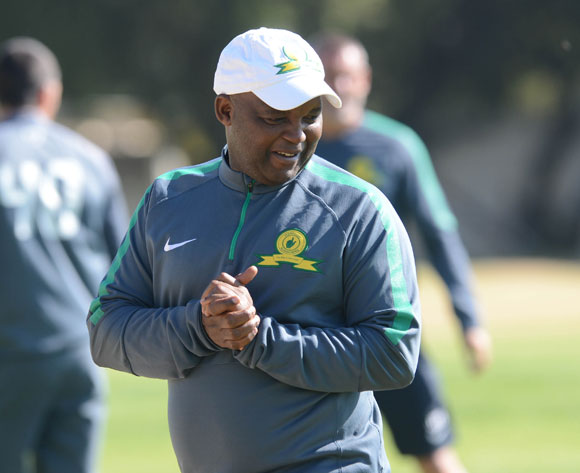 After leading his side to a 1-0 win over Wydad Casablanca on Sunday in their CAF Champions League quarterfinal match, Mamelodi Sundowns coach Pitso Mosimane has hailed the Moroccans.

Mosimane believes the North Africans are a well-coached side, but says he pushed his men to find a gap and score a goal.

The defending African champions netted through substitute Yannick Zakri and will head to the second leg in Casablanca next weekend enjoying the lead.

"You can see this team is well organised and they are well coached. This was not parking the bus. They move properly and we could not get into the spaces in between. But we had to force and put the risk and say ‘let’s push’," said Mosimane.

"I think I did not get the tactics right in the first half. I thought the three-man midfield of Oupa (Manyisa), (Hlompho) Kekana and 'Vila' (Sibusiso Vilakazi) would help us to dominate the play. It helped us to dominate, but we did not look like scoring."