Senegal and Cote d’Ivoire crash out of WAFU 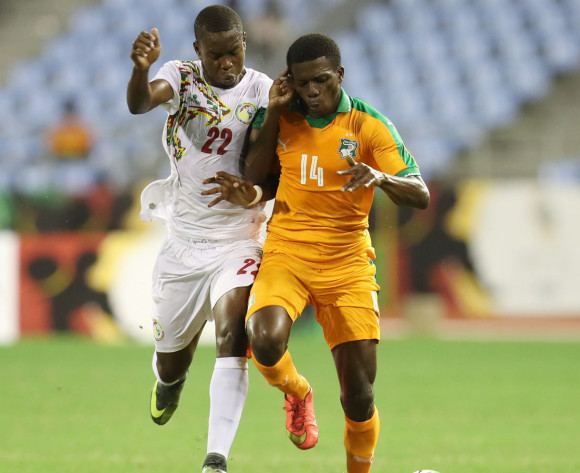 Senegal and Cote d’Ivoire only have themselves to blame after crashing out of the 2017 WAFU Cup of Nations following their goalless draw in their final Group B game at Cape Coast Sports Stadium on Tuesday, September 19.

Senegal came out the blocks firing and created the first chance on goal in the opening minute when Assane Mbodji met a cross from the right, showing good skill to bring it under control before shooting wide from 14-yards out.

The action quickly switched to the other end of the field when Ivorian Babou Diarra saw his powerful long range free-kick brilliantly saved by the keeper in the fifth minute.

The next opportunity in front of goal only came in the 25th minute when Daouda Dieme cut into the Cote d’Ivoire box from the left flank, beating two defenders before firing inches wide.

On the half hour mark the Elephants tried their luck from distance again, this time Fulgence Aka Essis with a stinging 30-yard effort which was superbly saved by Pape Diatta Ndiaye.

The last chance of the opening stanza fell to Senegal in the 40th minute when Daouda Dieme created more chaos down the left flank as he worked his way into the box again, but he saw his 14-yard shot tipped around the post by an acrobatic Ivorian keeper.

The start of the second half started slowly with the first effort on goal only coming on the hour mark when Cote d’Ivoire’s Willie Britto let loose with a 24-yard pile-driver, but his attempt was well-saved.

Seven minutes later it was Senegal’s chance to try break the deadlock from distance with captain Jean Remi Bocande’s thunderbolt stinging the hands of the Elephants keeper.

In the 77th minute Renardo Gonazo should have given the Teranga Lions the lead when he met a corner with a strong header, but under no pressure his attempt shaved the wrong side of the upright.

Both teams pushed hard for a winner in the final ten minutes, but neither could find a goal as they settled for a share of the spoils.

The result sees them both exit the tournament as Cote d’Ivoire occupy bottom place in Group B with two points while Senegal are third on four points, the same as Niger but who are below them because of their head-to-head in the competition.