Dino Ndlovu back for Bafana Bafana 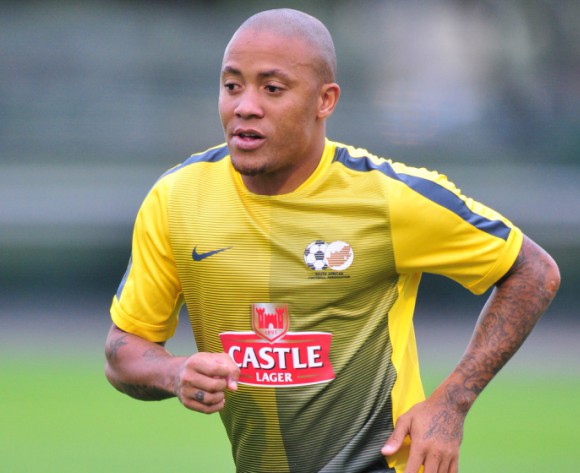 Dino Ndlovu has been included in Stuart Baxter's squad for the upcoming FIFA 2017 World Cup qualifier against Burkina Faso at the FNB Stadium on October 7.

Bafana Bafana will be desperate to bounce back to winning ways following successive defeats to Cape Verde, which was duly followed by FIFA's order to replay their 2-1 win over Senegal.

South Africa are bottom of Group D with one point from three matches, and will have to win their remaining three fixtures to stand any realistic chance of booking their ticket to Russia.

In an attempt to get their qualifying campaign back on track, Baxter has included Qarabağ frontman Ndlovu, at the expense of Tokelo Rantie who started successive games against Cape Verde.

ZAKRI: THERE WILL BE FIRE IN MOROCCO

There is also a return for Al Ahly attacker Phakamani Mahlambi, while Kaizer Chiefs's Erick Mathoho keeps his place in the squad despite seeing red in Praia.