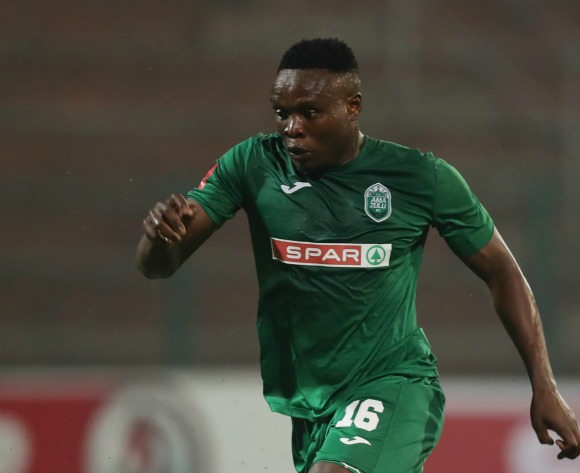 AmaZulu thrashed Bidvest Wits 3-0 in an Absa Premiership match at the King Zwelithini Stadium on Wednesday.

The match got off to a lively start with both sides launching attacks in search of a early goal in the opening stages.

It was hosts who broke the deallock through central defensive midfielder Michael Morton, who had pushed forward.

The hardman found some space outside the box and he fired home a curling shot from range to make it 1-0 to AmaZulu in the 11th minute.

The defending league champions then took control of the match as they searched for the equalizing goal, but AmaZulu looked dangerous on transition.

Rhulani Manzini had a chance to make it 2-0 to AmaZulu in the 27th minute, but he was denied by Wits goalkeeper Moeeneb Josephs.

Wits hardman Granwald Scott was then booked for a lunging challenge in the midfield as AmaZulu continued to frustrate the visitors.

AmaZulu were leading 1-0 at the interval following an action-packed first-half in the city of Durban.

Cavin Johnson's side started the second-half like a house on fire as they piled pressure on the visitors and they extended their lead.

Wits full-back Phumlani Ntshangase handled the ball in the box and AmaZulu were given a penalty which was scored by Rhulani Manzini to make it 2-0.

Usuthu continued their dominance over the Clever Boys and Manzini made it 3-0 with a powerful low shot two minutes later.

But the home side lost Morton, who received a straight red card in the 71st minute after he pushed Wits striker Frank Mhango to the ground.

AmaZulu were reduced to ten men, but they managed to defend very well in the closing stages of the entertaining encounter.

Tapelo Nyongo and his Usuthu troops were able to contain Wits and they secured a 3-0 win.