Sundowns up against it in Morocco 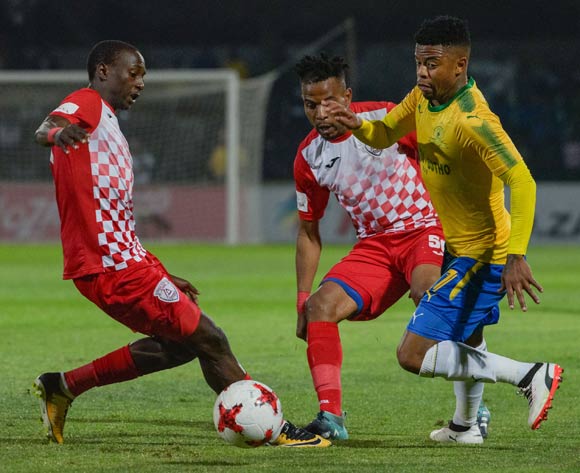 Wydad Casablanca will face off with Mamelodi Sundowns in the 2017 CAF Champions League quarter-final second-leg match at the Stade Mohamed V on Saturday.

The Kings of Titles were narrowly defeated 1-0 by Sundowns in the first-leg match at the Lucas Moripe Stadium in South Africa last weekend.

This year, Wydad are hoping to go all the way and clinch their second Champions League title having won their first trophy in 1992.

Achraf Bencharki, who scored twice in the group stage, is one of Kings of Titles' dangermen and the winger will look inspire his side to victory at home.

The midfielder is available after missing the first-leg encounter due to suspension. He is expected to feature for the Kings of Titles in Casablanca.

Wydad head coach Hussein Ammouta says his team will be more in offensive this time around, but they also need to be cautious at the back.

“We have to take care of Sundowns’ offensive players," Ammouta said.

"But we also have to take more risks and attack them because we lost the ball a lot here. We didn’t create too many chances to score.

“We have to take more risks at home because it is the final game. Mamelodi have a good record away from home, so we have to balance how we defend and attack them.”

Meanwhile, Sundowns will feel that they are in control of this tie even though, they recorded a narrow victory at home.

The Brazilians are hoping to become the first team to successfully defend this prestigious tournament since 2013.

Egyptian giants Al Ahly, who are record eight-time winners, defended the trophy after defeating SA's Orlando Pirates in the final four years ago.

Yannick Zakri, who netted the only goal of the match in the first-leg, is a key player for Sundowns and the forward will be eager to produce another match-winning performance.

Sundowns head coach Pitso Mosimane says they know exactly what to expect in Morocco and they will fight for another victory.

“We have to give everything we have. This is the last match of the quarterfinal. You win, you are in the semi-finals and you lose, then you are out,” Mosimane said.

“It’s going to be a fight there. But we have experience playing in the Champions League. We know their mentality. They will come to your bench and provoke you. They will also burn things.

“That’s their culture, mentality and belief when they play at home. We have been to Zamalek, Al Ahly, Esperance and it was tough, but we made it. We are the champions of Africa – we have the experience and know what to expect there."

The winner on aggregate between Wydad and Sundowns will lock horns with either Algerian club USM Alger or Mozambican side Ferroviário Beira in the semi-finals.