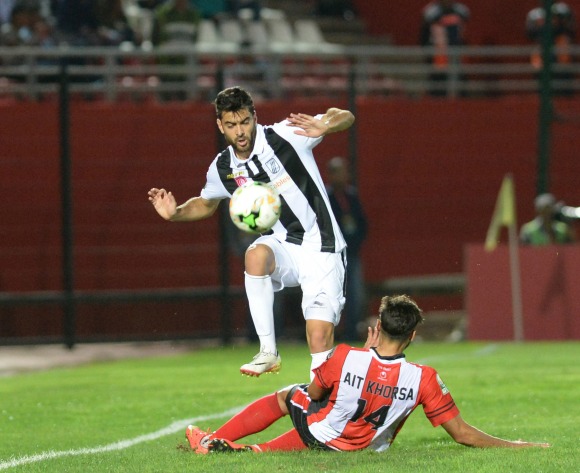 FUS Rabat were beaten 1-0 by CS Sfaxien in the 2017 CAF Confederation Cup quarter-final second-leg match at the Stade Taïeb Mhiri in Tunisia on Friday.

But Moroccan outfit Rabat booked their place in the semi-finals after winning 5-4 on penalties following a 1-1 draw on aggregate with Tunisian side Sfaxien crashing out of the competition.

Sfaxien, who were trailing on aggregate after losing 1-0 in the first-leg game in Morocco last weekend, were awarded an early penalty.

The hosts took the lead through Karim Aouadhi's effort from the spot-kick making it 1-0 to Sfaxien in the 23rd minute.

The score was 1-0 to Sfaxien at half-time and 1-1 on aggregate following a lively first-half in the city of Sfax.

Jose Mota, the Sfaxien head coach, brought in attack minded players in the second-half as hosts looked to double their lead.

However, Rabat were soild at the back and ultimately, the match ended 1-0 in favour of Sfaxien and a penalty shootout followed as the tie was locked at 1-1 on aggregate.

Rabat won 5-4 on penalties after converting all of their spot-kicks, while Aouadhi turned into a villain for the hosts as he missed the target.