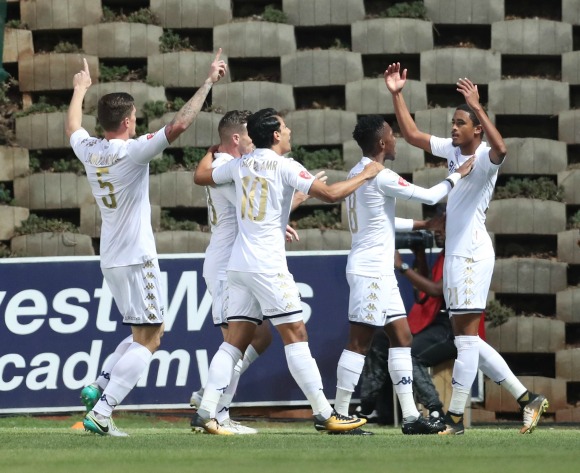 Orlando Pirates suffered their first 2017/18 Absa premiership defeat when they lost 1-0 to Bidvest Wits on Saturday evening at Bidvest Stadium.

The loss for the Buccaneers means they now occupy the third spot on the log table with 11 points from six games.

However for the hosts, Gerald Phiri Junior scored to ensure the reigning league champions claimed their first win in this season's campaign.

As early as the fifth minute, Phiri Junior converted with a powerful shot in the box after Pirates defence failed to clear a diagonal ball from the right wing.

Both giants had a bright start and three minutes later, Wits goalkeeper Moeneeb Josephs was saved by his cross bar after Thabo Qalinge rattled the woodwork.

In the 12th minute, the hosts protested for a penalty after Happy Jele fouled Amr Gamal in the box, but their call fell on referee Luthando Ndzandzeka's deaf ears.

With 15 minutes to go the interval, coach Gavin Hunt's men pushed forward and Reeve Frosler cut inside and smashed a left-footed effort, but it went wide off the upright.

At half time, it was the reigning league champions who went to the tunnel enjoying the lead.

Upon their return, Thabo Matlaba nearly found an equaliser after a brilliant pass from Thamsanqa Gabuza and the left-footed player saw his well-struck shot fantastically saved by Josephs.

Sredojevic introduced Mpho Makol towards the 60th minute and they upped their attacking prowess, but Matlaba missed after a great set up by the former.

Despite enjoying the ball possession, Pirates continued to fire blanks in front of goal as the Clever Boys managed to claim their first win in the league.

In the wake of the victory, Wits now sit at number 13 on the log standings with five points from six matches.