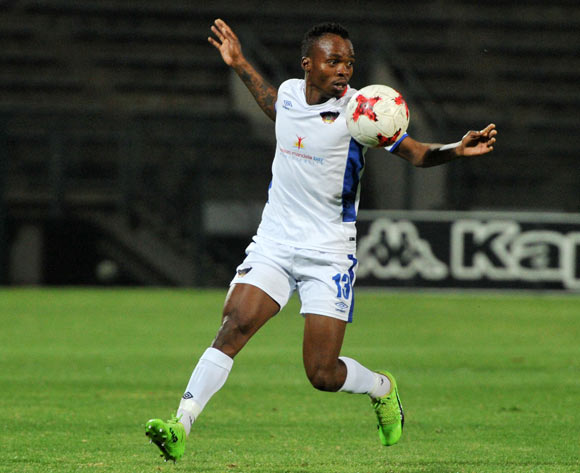 Despite their push to get a win, Bloemfontein Celtic drew their fifth Absa Premiership match 0-0 against Chippa United at the Nelson Mandela Bay Stadium on Sunday afternoon.

The highly-anticipated contest had a bright start for the visitors in the opening 10 minutes and their dominance showed they wanted an early lead, but they were not decisive in front of goal.

However, their first effort at goal came when Lantshene Phalane picked up the ball in midfield and with limited options decided to shoot from around 25-30 metres, but his effort went wide of goal.

In a game lacking clear-cut chances in front of goal, Kurt Lentjies played a beautiful ball into the box for Mpho Mvelase in the 30th minute, but the latter failed to control the ball and Siwelele cleared their lines.

Following a corner kick by Lentjies in the 40th minute, Moeketsi Sekola connected well with the delivery, but he was denied by the crossbar, with keeper Patrick Tignyemb beaten.

There were no goals in the opening half, but coach Veselin Jelusic's men started the second on a high and pressed for a goal.

However, both sides calmed down a bit after a good start from Celtic, as coach Teboho Moloi's men was responded well with two chances, but nothing came out of the efforts.

With three minutes to go, substitute Lerato Manzini would hit the woodwork after receiving the ball on the edge of the box and attempting to curl it towards the far corner.

In the dying minutes, Tignyemb denied Mdlinzo after the latter had a brilliant chance with a free header from the centre of the box.

Resulting from the deadlock, the Chilli Boys now occupy the 11th spot with as many points from six matches in their campaign thus far.