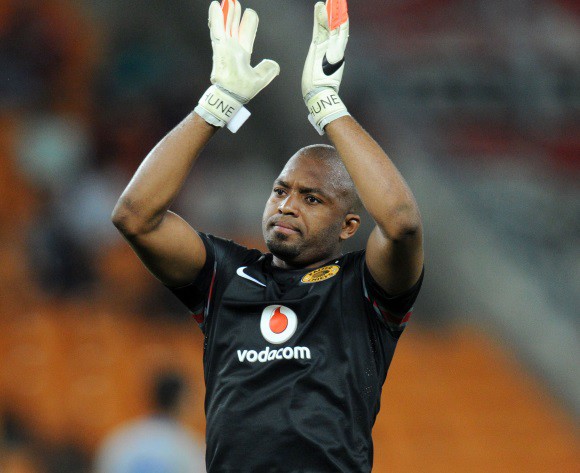 Kaizer Chiefs have provided an update on Itumeleng Khune's head injury ahead of their next South African Absa Premiership encounter.

The South African international sustained a neck muscle spasm after colliding with Golden Arrows striker Knox Mutizwa at the FNB Stadium in Johannesburg on Saturday night.

The Absa Premiership match ended in a goalless draw after midfielder Edmore Chirambadare finished the game between the sticks as Chiefs had used all three of their substitutions.

“He had a sore neck and a headache from the clash. We took him to hospital where he was examined. Accordingly, he was cleared of danger.

“Itu will undergo a series of checks and rehabilitation,” adds Dr Ramjee. “However, he should be ready for the next match.”

Chiefs will face Baroka FC at the Moses Mabhida Stadium in Durban on Saturday, 30 September 2017.

Khune is also part of the Bafana Bafana squad that will face Burkina Faso in the 2018 FIFA World Cup qualifier early next month.