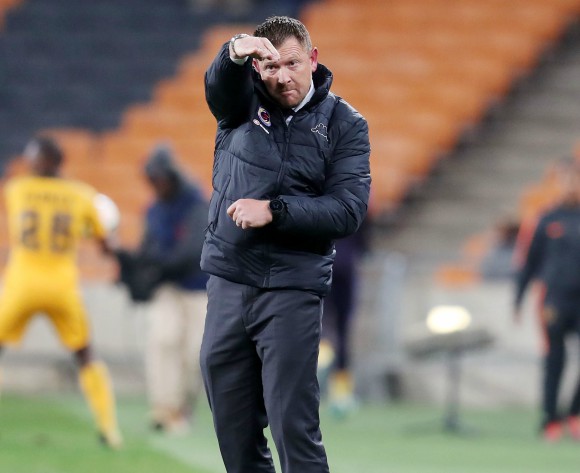 SuperSport United head coach Eric Tinkler is pleased to have guided his team to the 2017 CAF Confederation Cup semifinals.

Two goals by Thuso Phala helped the South African side hold Zambian side Zesco to a 2-2 draw in the quarterfinal second-leg clash at the Levy Mwanawasa Stadium in Ndola on Saturday.

As a result, SuperSport qualified for the last four on the away goals rule after the tie ended in a 2-2 stalemate on aggregate with John Ching'Andu and David Owino having netted for Zesco.

“I’m very proud of the boys‚" Tinkler told The Sowetan.

"They fought hard and showed great character and getting that late winner was extremely satisfiying.

“It was a nerve-wracking finish and in the latter stages the referee wasn’t doing anything to help us and they were looking to waste time," he continued.

"That is what made it so gratifying to win in the way we did. The boys just kept going. We need to go there‚ I had said before it would be a fight and it was.

"And the boys fought the whole way.”

SuperSport will now take on Tunisian outfit Club Africain in the two-legged semifinals between September and October, 2017.