Bucs will bounce back this weekend - Micho 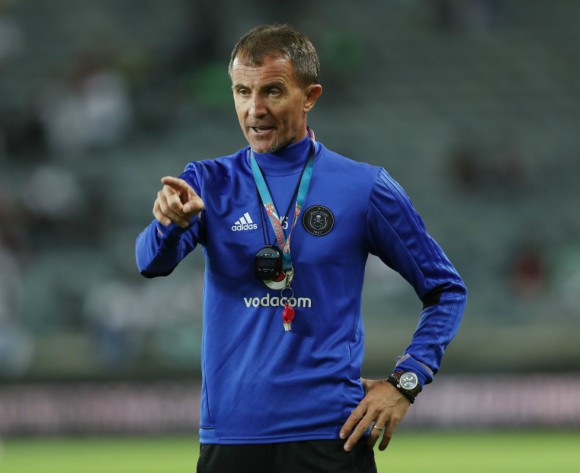 Milutin ‘Micho’ Sredojevic says that his Orlando Pirates team will bounce back to form when they face Polokwane City this weekend.

Pirates suffered their first loss of the 2017/18 season when they went down 1-0 away to defending Absa Premiership champions Bidvest Wits on September 23.

The Buccaneers will play their last match before the international break when they face Polokwane away from home on Saturday evening.

“It was unknown territory we found ourselves in this season. We have always been leading but [on Saturday] we were leaded [sic] and we needed to overturn the result,” Sredojevic said, as quoted by Kick-Off.

“The players tried everything and, as a coach, I’m extremely proud of every player for giving their best under the given circumstances.

“The fact that we didn’t put the ball in the net was something that was worrying, but at the same time we have to pick up the pieces and learn our lessons.”

“We need to look to the next match against Polokwane City to come back much more stronger and with the intention to improve the way we played.

“I’m convinced football will pay us back. We just need to push the players not to feel the pressure of playing for a big team but to enjoy playing their football.

“At the same time we also need to look for effective aspects of putting the ball in the net.”

Pirates’ match at the Peter Mokaba Stadium in Polokwane will kick off at 20h15 CAT.