Guy Roux: Lucas Alcaraz is the wrong coach for Algeria 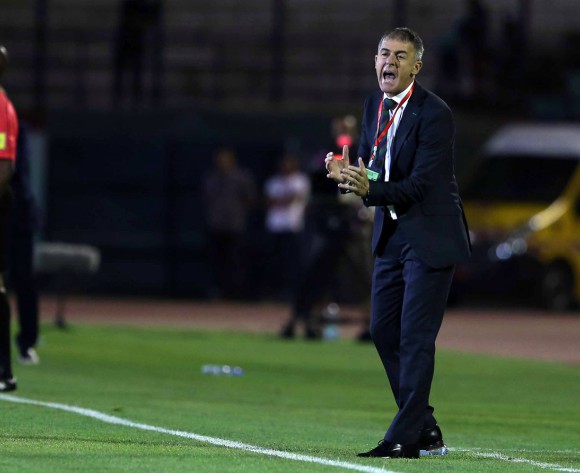 Lucas Alcaraz is not the right coach for the Algerian national team, according to legendary French manager Guy Roux.

Spaniard Alcaraz has come under huge criticism since taking over the Fennec Foxes earlier this year, with calls for the Algerian Football Federation (FAF) to fire him following recent back-to-back defeats at the hands of Zambia which put them out of contention for next year’s World Cup.

Roux, who famously coached French club AJ Auxerre for over 40 years, was surprised at Algeria’s elimination from the Russia 2018 qualifiers and believes the Fennec Foxes have not thrived under Alcaraz because of the culture and language barriers.

The veteran French coach told Le Buteur that Algeria found themselves in an incredibly tough group (alongside Nigeria, Zambia and Cameroon), but still believes they under-performed given the talent at their disposal.

“I find that Algeria found itself in an ultra difficult group,” said Roux.

“Nigeria in football has a very old potential with qualifications at the World Cup and players of great value. Taribo West, whom I trained, but also players like [Jay-Jay] Okocha.

“Zambia won the CAN [Africa Cup of Nations] 2012 and has some very good players and Cameroon, who won the last CAN and who is also used to playing World Cups. It was not easy!”

Roux added, “On the choice of the coach, there is to be fault.

“In my opinion, it is easier to respect the cultural aspect. The Algerians are of French culture and speak for the majority French.

“So it is more desirable that their coach be an Algerian, for example, a former player, or a Frenchman.

“A Spanish or German coach, he is more likely to miss out on. He will not understand your players.”

Roux’s compatriot Rolland Courbis has been strongly linked with the Algerian post and the veteran backs the appointment of the former USM Alger manager.

“Courbis is a phenomenon. He trained in Algeria and knows the mentality of the Algerian player,” explained Roux.

“I think he won the cup there [Ed - Courbis won the 2013 Algerian Cup and 2013 UAFA Club Cup with USMA]. He is a man who will succeed one blow over two or four years.

“He is an extremely intelligent man. He also knows how to collaborate with journalists and this is very important in a country like Algeria where the fervor around football is enormous.”