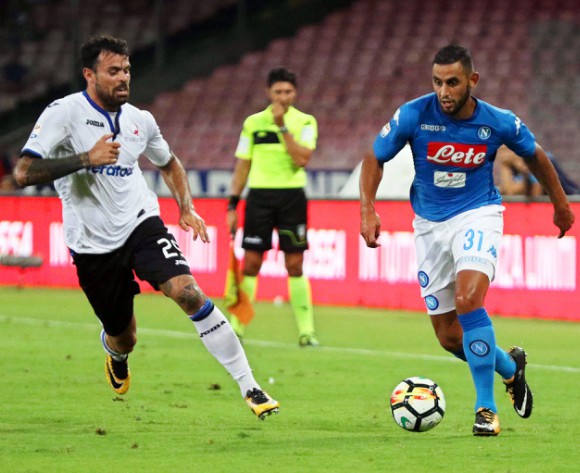 Napoli’s Algerian left-back Faouzi Ghoulam looks more and more likely to leave the club, with Liverpool one of the teams hoping to secure his services.

The 26-year-old Fennec Foxes defender has thus far refused to sign a new contract with the Italian side, meaning he will become a free agent midway through 2018.

The Daily Mail reports that Ghoulam was one of the most monitored defenders in European football last season, with a host of elite clubs enquiring about his services.

Liverpool were one of the biggest names to express an interest in the Algerian, with the Reds and manager Jurgen Klopp having persistent problems establishing a first-choice left-back.

Mario Giuffredi, the agent of Napoli player Mario Rui, said: "I don't think Ghoulam will renew with Napoli, and it's enough to think that in four months he'll be able to sign for whoever he wants for nothing."

Despite his refusal to sign a new deal, Ghoulam remains a regular for the Naples club.