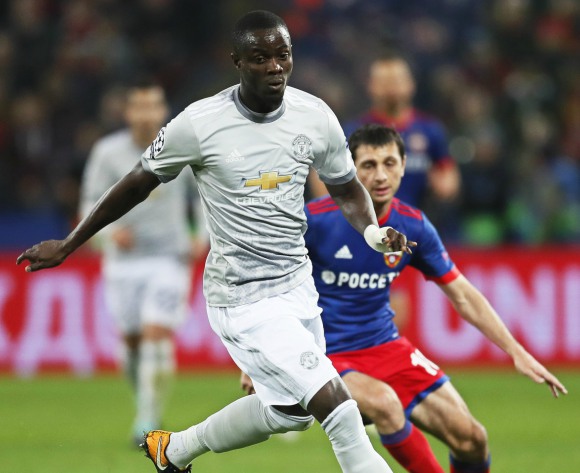 After making his UEFA Champions League debut last night, Ivory Coast star Eric Bailly has expressed his joy at a new landmark in his career.

The Elephants defender helped Manchester United record a comfortable 4-1 away win over Russia’s CSKA Moscow at the VEB Arena on Wednesday.

The English team were in control of the match from early on when Romelu Lukaku opened the scoring in the fourth minute.

Anthony Martial added a second from the penalty spot in the 18th minute and then provided another assist for Lukaku to make it 3-0 inside the opening half hour.

Henrikh Mkhitaryan made it 4-0 in the second half, but United were unable to keep a clean sheet as they allowed Konstantin Kuchaev to net a consolation goal in the 90th minute.

Bailly, who missed United’s first Champions League match earlier in the month due to suspension, had a relatively easy time on debut, with CSKA offering little threat in attack.

The 23-year-old Ivorian took to Twitter to express his joy at appearing in the world’s premier club competition for the first time in his career.

Happy for having debuted in the @ChampionsLeague with such a great result. �