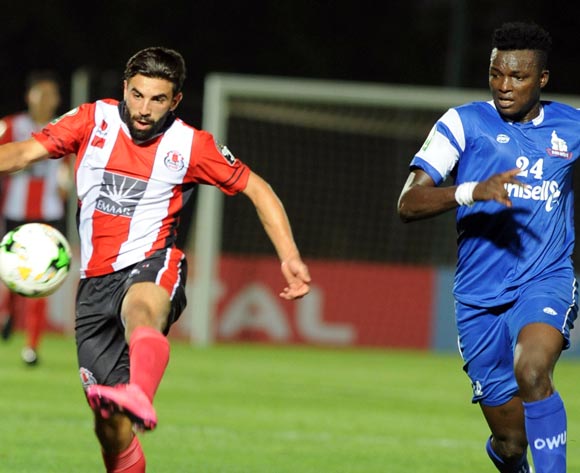 AfricanFootball looks ahead to a weekend which will see the 2017 CAF Confederation Cup open its penultimate round this weekend with two first-leg, semifinal clashes in South Africa and DR Congo.

The action gets underway on Sunday afternoon at the Lucas Moripe Stadium in Tshwane, with SuperSport United hosting Club Africain.

The South Africans secured a dramatic triumph over Zambia’s Zesco United in the quarterfinals, with Thuso Phala’s last-gasp strike securing progression on away goals after the teams drew 2-2 on aggregate.

Club Africain also left things late in their tie against MC Alger, with veteran Saber Khalifa scoring in the dying minutes to secure a 2-1 aggregate triumph.

Neither side has won this competition before (though CA have been runners-up three times) and both will be desperate for a crack at the silverware.

The DR Congo side look in ominous form after they crushed Sudan’s Al-Hilal Al-Ubayyid 7-1 on aggregate in the quarters, establishing themselves as the competition favourites.

Yet FUS will pose a much sterner challenge: they were good enough to survive the toughest group and did just enough to beat three-time Confed Cup winners CS Sfaxien in the quarterfinals, winning 5-4 on penalties after the teams drew 1-1 on aggregate.

The second-leg matches for both semifinals will be played on the weekend of 20-22 October.