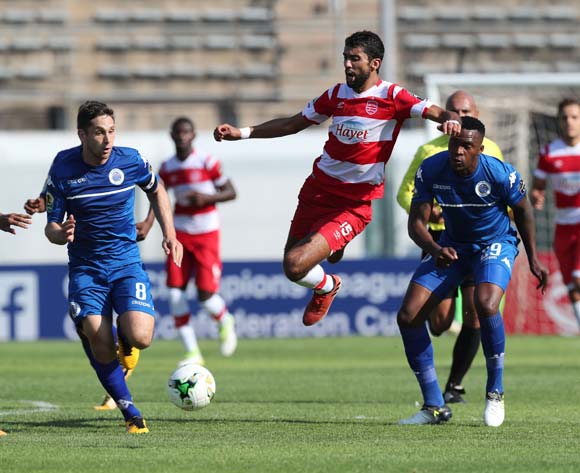 Despite being dominated for large portions of the match, Tunsia’s Club Africain secured a vital away goal after drawing 1-1 with South Africa’s SuperSport United in the first leg of their CAF Confederations Cup semifinal match at the Lucas Moripe Stadium on Sunday, October 1.

The South African side dominated the early exchanges as they controlled the possession stakes and consequently the flow of the game, but their finishing was poor.

In the 21st minute Club Africain took the lead, very much against the run of play, when Saber Khalifa converted from the penalty spot, 1-0.

Despite going behind SuperSport continued to play the better football, but went into the half time break trailing the Tunisian side by a goal.

The second half saw Eric Tinkler introduce Thabo Mnyamane and it proved to be an inspired choice as the side began to make the right choices in the final third.

In the 68th minute Thabo Mnyamane produced a pin-point cross for Jeremy Brockie, but the striker headed inches over from close range.

SuperSport threw men forward in the dying minutes of the match and were rewarded with a penalty two minutes from time which Thabo Mnyamane converted to secure a 1-1 draw on the day.

The second leg will take place in three weeks’ time with the winner on aggregate progressing to the final of the CAF Confederations Cup.

Should the match end in a draw the team with the most away goals will go on.