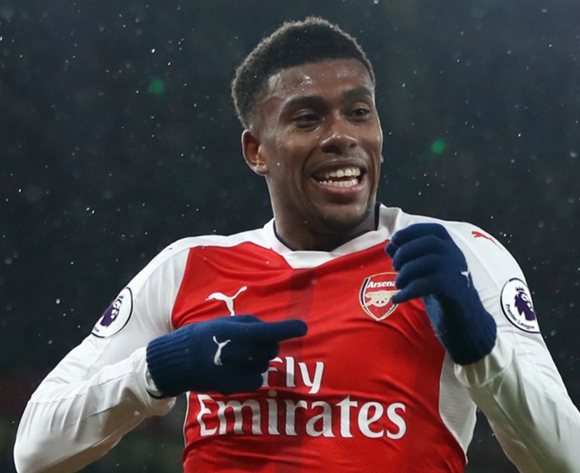 This is according to Arsenal manager Arsene Wenger, who watched on as the 21-year-old netted the Gunners' second goal as they beat Brighton and Hove Albion 2-0 in a EPL match at the Emirates Stadium on Sunday.

The forward roamed across the front line to drag Brighton’s defenders out of position and had a couple of half-chances before sealing our win with a confident finish from his Arsenal team-mate Alexis Sanchez’s backheel.

“I think he’s a kind of player who has a good availability," Wenger said on Arsenal's official website.

"He helps you a lot to get out of pressure when you are in a build up game and creates spaces.

“What you want from him is final balls and goals as well," the Frenchman, who has been in charge of Arsenal since 1996, added.

"A player like him must score 10 goals and he must as well give between six and 10 assists and that’s what I want from him.”

Iwobi, who is part of the Nigeria squad for the 2018 FIFA World Cup qualifier against Zambia, has scored once in three EPL matches this season.

Nigeria will host Zambia in a crucial Group B match in Uyo on Saturday.