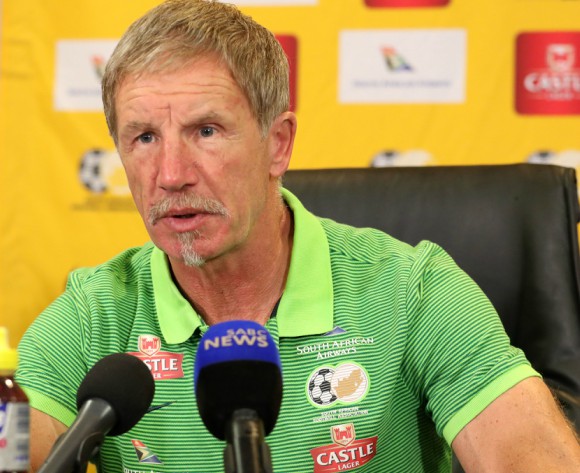 South Africa head coach Stuart Baxter says they need to motivate the team before they take on Burkina Faso on Saturday.

As a result, South Africa are placed fourth on the group standings - with FIFA having also ordered a replay of their match with Senegal.

Bafana will take on Burkina Faso at the FNB Stadium in Johannesburg this weekend, before facing Senegal home and away in the last two Group D matches next month.

“The biggest problem for the players will have in this camp is that they have under-achieved in these two past games against Cape Verde. We have been massively criticized but now we have to move on and believe," Baxter said.

"We have to address the issue of self-confidence, self-image, self-esteem – all those selves, and if we can’t do that we won’t give a performance against Burkina Faso, and if that happens then we won’t win. That’s where my focus is at the moment because this is a massive game.

“We have to go out there and rectify things, but without confidence I don’t think we can to that. They are the best team in the group, they were very competitive against Senegal – in fact they were closer to winning than Senegal was," the British tactician added.

"They are a powerful team, they are physical, they have certain players with very good qualities and we have to shut that down. So when you don’t perform the way you want to perform, the first thing that goes is confidence.

"So we will need people who will work hard, that are brave and believe that we have a chance. The performance has to give us hope that things are getting better, that’s the challenge the players have despite all the injuries – they have to stand up now.”