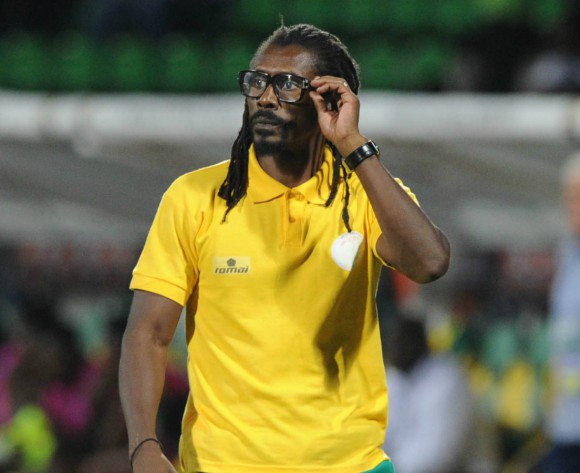 Senegal must be ready for a fight when they take on Cape Verde in a 2018 World Cup qualifier this weekend, according to coach Aliou Cisse.

The Teranga Lions are placed third in Group D but have their fate very much in their own hands: if they win all three of their remaining games (including the re-match against South Africa after their away loss in November last year was annulled) then they will top the group and qualify for Russia 2018.

Much of the attention has fallen on the back-to-back games against SA coming up next month which will be key to Senegal’s fate, but coach Cisse knows that the immediate task of beating the Blue Sharks in their own back yard will not be easy.

"Before we talk about the match against South Africa, for which we will have time to think, I believe that there is first the stage of Praia that must be negotiated with the team Cape Verde . Today, our energy, our thought, our knowledge, we must put them for this match,” Cisse is quoted by APS.

"They (the Cape Verdeans) have every chance like us, like Burkina Faso and South Africa, to be able to go to Russia," he said, adding that "it will be necessary to whip, to fight".

"I see players ready to go to the fight and to realise this feat which is to go a second time to the World Cup," concluded Cisse, who was a part of the famous class of 2002 which debuted at the global tournament.

The Cape Verde v Senegal match will be held at the National Stadium in Praia on Saturday evening, kick-off at 19h30 CAT.