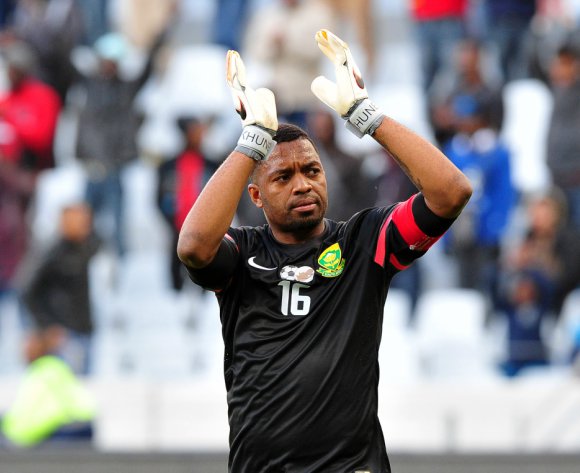 Bafana Bafana goalkeeper Itumeleng Khune has provided an insight into how things are going in their camp and says the mood is high.

The Kaizer Chiefs skipper could be handed the captain's armband for the match against Burkina Faso on Saturday following the absence of Thulani Hlatshwayo who is injured.

Looking at their penultimate Group D, 2018 FIFA World Cup qualifier, Khune said he understands players such as Motjeka Madisha and Lebohang Mothiba who have received call-ups from coach Stuart Baxter.

Baxter invited the Mamelodi Sundowns central defender as a replacement for Erick Matho (who is suspended) while Mothiba makes his first entry into the Bafana camp.

"Madisha has been around for quite a while, this is not his first camp. We have been together in previous camps," said Khune.

"Lebo, I've played with him in the U-23s at the Olympics, so we have got a great understanding.

"I mean they've settled in well. We have got senior players like Morgan Gould and Andile Jali, who have been very helpful to the other guys that just came in.

"So it is very important that we all motivate one another. It's not a matter of seniors and juniors, we are all in the same boat and we'll have to deliver on Saturday."

Bafana will host the Stallions at the FNB Stadium on Saturday afternoon, kick-off is at 15:00 (CAT).