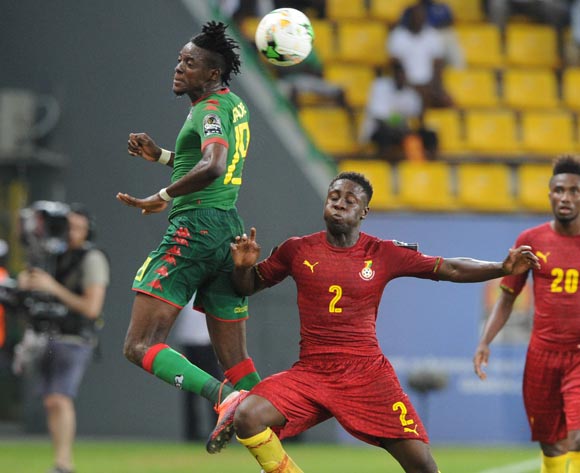 Burkina Faso striker Bertrand Traore says that reaching the 2018 FIFA World Cup remains a dream for the team and the nation.

The former Chelsea hitman is in South Africa as they are set to honour their 2018 FIFA World Cup qualifier against Bafana Bafana on Saturday.

Speaking to the media, the Burkinabe international reveals their mission to beat their hosts and remain as favourites to make it to Russia next year.

The French-based striker with Olympique Lyonnais in the French Ligue 1 spoke to the media during their training session at Ellis Park, Johannesburg.

“This is it. It's a dream for the whole country. For all of us," said Traore.

"Burkina has never played in a World Cup. We were nearly there in 2014. Now we have another chance and we have to take it. If we qualify it will be a dream."

Coach Paulo Duarte's men sit at the top of the log with six points from one win and three draws.

The match against Bafana will be staged at FNB Stadium on Saturday. Kick-off is at 15:00 (CAT).