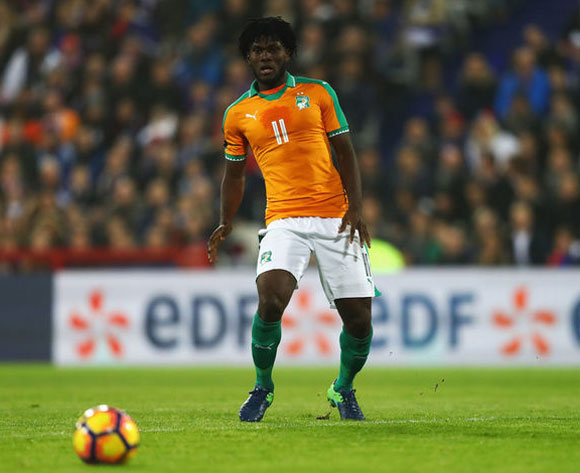 Hello and welcome to the live commentary of the 2018 FIFA World Cup Qualification (CAF) Group C match between Mali and Ivory Coast at the Stade du 26 Mars in Bamako.

That's all from the Stade du 26 Mars where Mali drew 0-0 with Ivory Coast. As a result, Mali are eliminated from the qualifiers, while Ivory Coast remain at the top of Group C standings. Please join us again tomorrow, bye!

85' - Mali attacker Coulibaly forces Gbohouo into a decent save with a header.

85' - Five minutes left for the Eagles to snatch a late winning goal.

75' - The match is stopped as Mali's Diarra is down injured.

70' - Twenty minutes left for Mali to snatch a late winning goal and keep their slim hopes of qualifying for the World Cup alive.

65' - Mali midfielder Bissouma plays a through ball for Doumbia, who is ruled offside.

60' - The match is stopped as Mali's Traore is down injured. It remains goalless as we reach the hour-mark.

50' - Mali defender Kone tries his luck from range and his right footed shot from outside the box misses to the target.

45' - The fourth official has added one minute.

40' - CHANCE! Ivory Coast striker Kodjia has a chance to put the Elephants into the lead, but his effort is blocked.

30' - It remains goalless here at the Stade du 26 Mars as we reach the half-hour mark.

25' - Traoré tries a through ball for his Mali team-mate Diarra, but the latter is ruled offside.

20' - Mali midfielder Bissouma goes down injured and play is stopped.

15' - The Elephants of Ivory Coast are starting to apply some pressure on the Mali defence with Die stamping his authority in midfield.

10' - Kodjia is playing as a target-man for Ivory Coast, but there's no supply for him thus far as Mali continue to dominate possession without testing goalkeeper Gbohouo.

5' - The Eagles of Mali have been the better side thus far - pressing Ivory Coast in search of an early goal.