Mali look to bounce back in U-17 World Cup 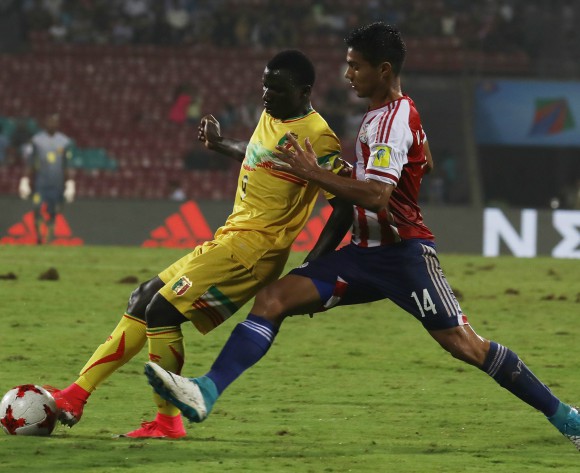 Mali will be looking to bounce back to winning form when they face Turkey in their second U-17 World Cup match, set for DY Patil Stadium in Navi Mumbai on Monday, kick-off at 13h30 CAT.

The Eaglets slumped to a surprise 3-2 defeat at the hands of Paraguay in their Group B opener on Friday.

The South Americans went 2-0 up through Antonio Galeono and Leonardo Sanchez Cohener, before Mali fought back to make it 2-2 thanks to strikes from Hadji Drame and Lassana Ndiaye - all within the opening 34 minutes.

However, 10 minutes into the second half Paraguay reclaimed the lead through Alan Franciso Rodriguez and held off whatever the West Africans could throw at them to ensure they picked up all three points.

For Mali, who came into the game as one of the tournament favourites, the defeat will have been a stinging blow but coach Jonas Komla beleives his team reacts well to being put under pressure, just as they were at the U-17 Africa Cup of Nations earlier this year.

“It was not a perfect start from us. There is plenty of room for improvement but happy with the strong mentality of my players. In my opinion, over-enthusiasm from the players cost us today and we will look to work on that aspect in the next two games,” said Komla.

He added, "We started on a similar path in the AFCON but went on to win the competition. There was pressure on us back then and it is the same pressure today. We will take it positively and try to win our remaining games."

As for Turkey, they opened their tournament with a 1-1 draw against New Zealand. The Europeans held a first-half lead through Ahmed Kutucu, but conceded a goal to Max Mata to see the game finish all square.

This will be the first meeting of Mali and Turkey in U-17 World Cup history.