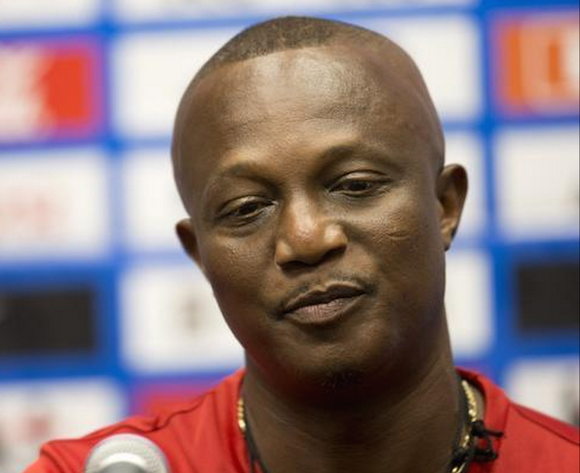 Ghana’s goalless draw with Uganda in a 2018 World Cup qualifier on Saturday was a satisfactory result, according to coach James Kwesi Appiah.

The result in Kampala all but eliminates both sides from the running for Russia 2018, with Group E leaders Egypt likely to secure their place in the finals when they host Congo in the final match of the weekend this evening.

Ghana were forced to field a virtual second-string line-up due to injuries, with the likes of Asamoah Gyan, Jonathan Mensah, Harrison Afful, Christian Atsu, Thomas Agyepong, John Boye and Afriyie Acquah missing out.

In addition, the Ayew brothers Jordan and Andre were not included in the squad, robbing the West Africans of further first-team regulars.

Nonetheless, the Black Stars claimed a respectable goalless draw at the Mandela National Stadium, and were denied a late winner by some poor officiating.

“I believe that both teams played very well today. We created a lot of scoring opportunities,” Appiah said in a post-match interview, as quoted by GHANASoccernet.

“There are some infringements it's difficult to see from the technical bench, but I think later I will have the opportunity to look at the tape to see what really happened, because there were some incidents you don't understand why the referee disallowed those decisions,” he added in reference to the ruled-out goal at the death.

“As for Ghana I think the players did very well considering the fact that I have about seven injured players and I had to try some other new guys, and for me many of them have proven that given the chance they can also play.”

Ghana will wrap up their campaign with a match at home to Egypt on the first weekend of November.