Bafana attacker Percy Tau: We should be proud 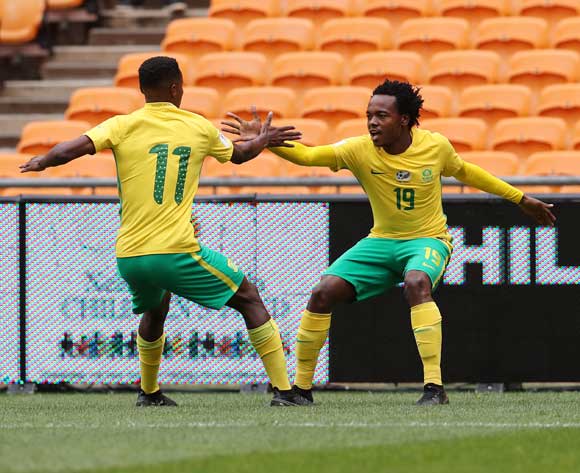 South Africa’s Percy Tau believes his team should be proud of their 3-1 win over Burkina Faso in the 2018 World Cup qualifiers on Saturday.

Bafana Bafana claimed an impressive victory at FNB Stadium to breathe some life back into their Group D campaign.

Their win, combined with Senegal’s victory over Cape Verde later in the day, means Stuart Baxter’s side now have their fate back in their own hands: if they win both of their remaining matches in the group, they will qualify for Russia 2018.

Tau, who scored a goal and created another in the win over the Stallions, believes Bafana Bafana took a major step forward.

"I think we did very well. I think we should be proud of our work and we just want to say thanks to supporters for coming out. Today we did much better than the previous games, now we scored so that's the difference," Tau told SuperSport TV.

"Today we knew we had to win to keep our hopes high so that we still believe we can make it.

"It's just one of those games where we got everything right. We were connected, we were solid and we defended very well also.

"We got the goals early, we tried to put them under pressure. It was just happening for us today."

South Africa’s remaining games are both against Senegal next month: on the 10th in Polokwane and the 14th in Dakar.